Events of the day

10:50 AM – Matt and I take a photo of ourselves and our chase vehicles.

3:00 PM? –  Weighed our options: position ourselves for a play in Texas versus head into the northern plains, where are the next three days all have decent severe potential.  Mosied North then entered I 35.

7:00 PM? – Reentered I 35 and continued north. Exited at El Dorado. Ate dinner at Anita’s (Mexican: shrimp cocktail and Carne Asada; great tasting food, but I ate too much and got an upset tummy).

8:15 PM? – Continued north on 835. Bill called numerous hotels and we finally ended up at the Super 8 in Emporia, Kansas.

Our group arrived at 1 a.m. at our hotel last night, so no update! We also spent the previous two nights in motels WITHOUT INTERNET and very sparse cell phone coverage.  We were beyond ‘the middle of nowhere’ (perhaps a bit left of center).

We chased in the OK and TX panhandles, catching 2 tornado warned storms. An additional storm beyond our reach produced a tornado, while our storms were undercut by cool air (and, thus, could not produce).  We did photograph some amazing structure. 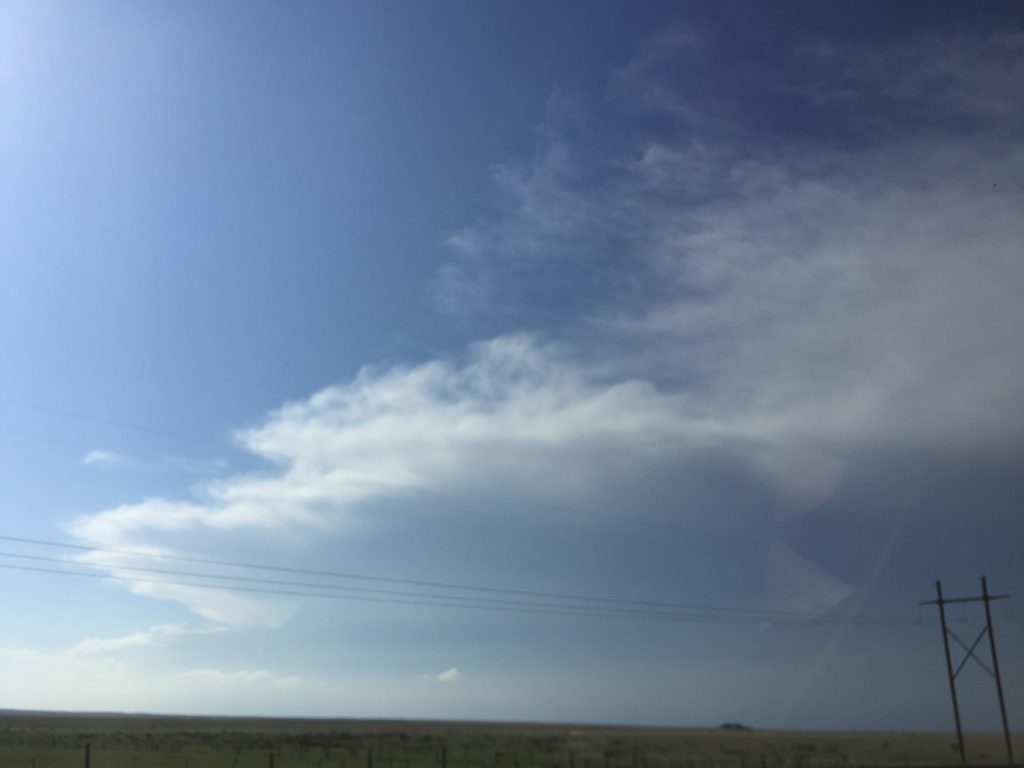 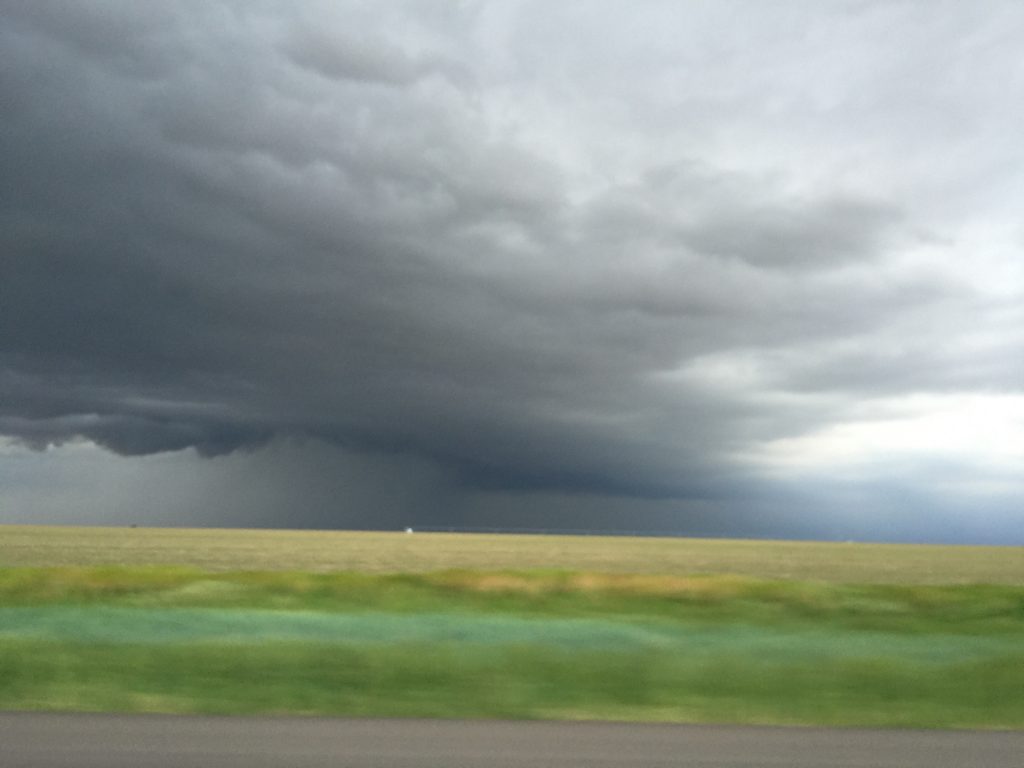 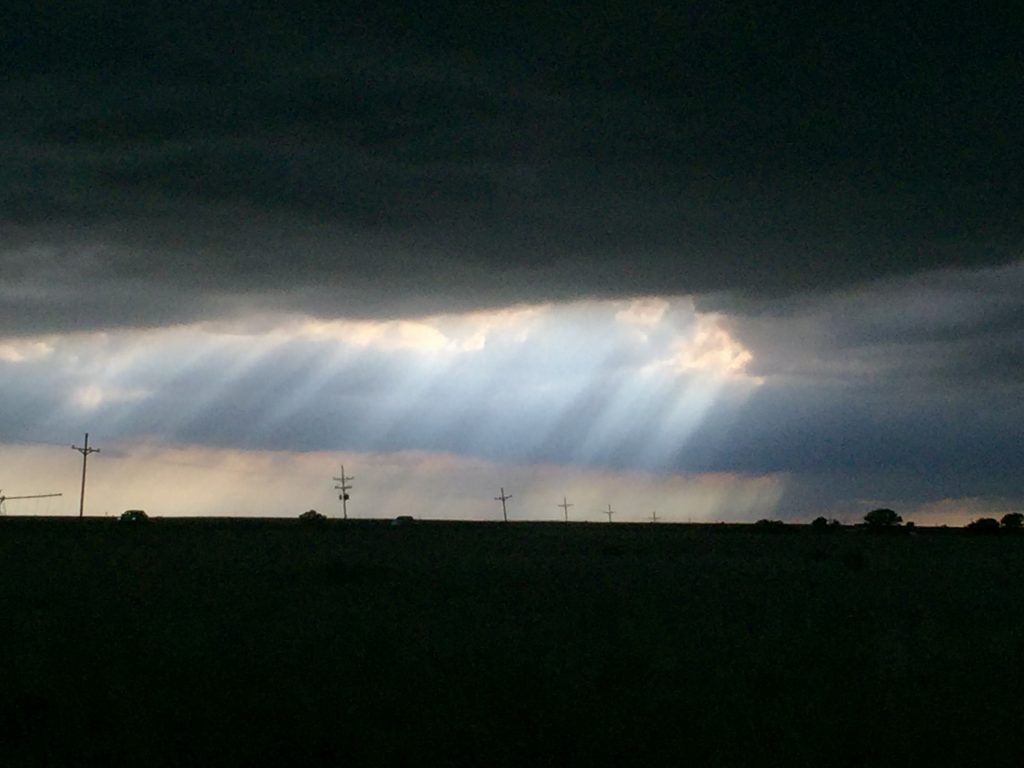 We chased after several promising storms, but only saw a brief, weak funnel spin up. One law enforcement-based tornado (“sheriffnado”) report was all the day yielded, nationally.  We had encounters with pea- and nickel-sized hail (and some roadway flooding) around Big Lake, TX, but that’s all.  Photos and video coming soon.

We headed from Ozona, TX toward Presidio, TX (only a mile from the US-Mexican border),  It took us several hours to wind our way through rugged Pinto Canyon, creating our journey around 5800 feet above sea level. 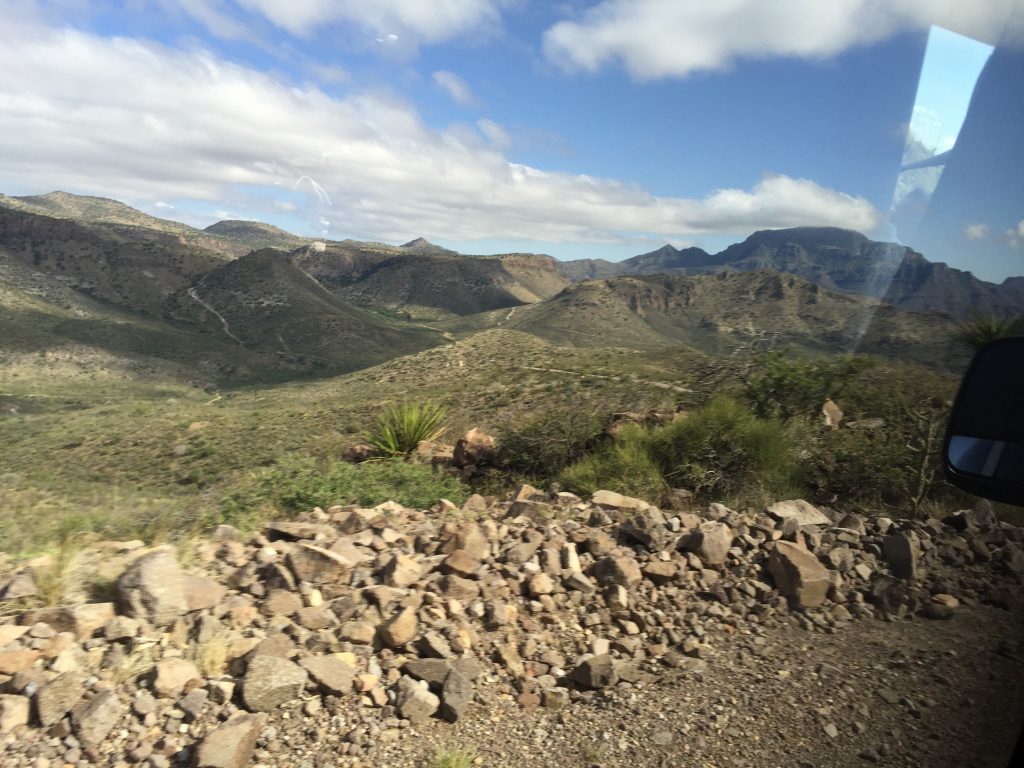 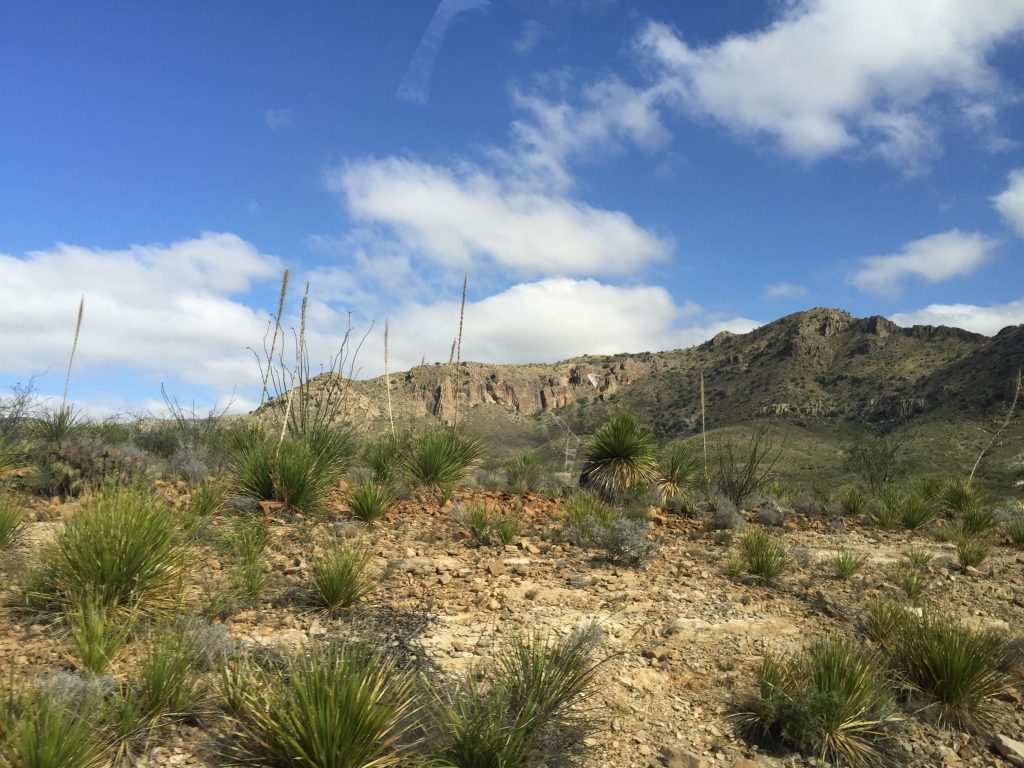 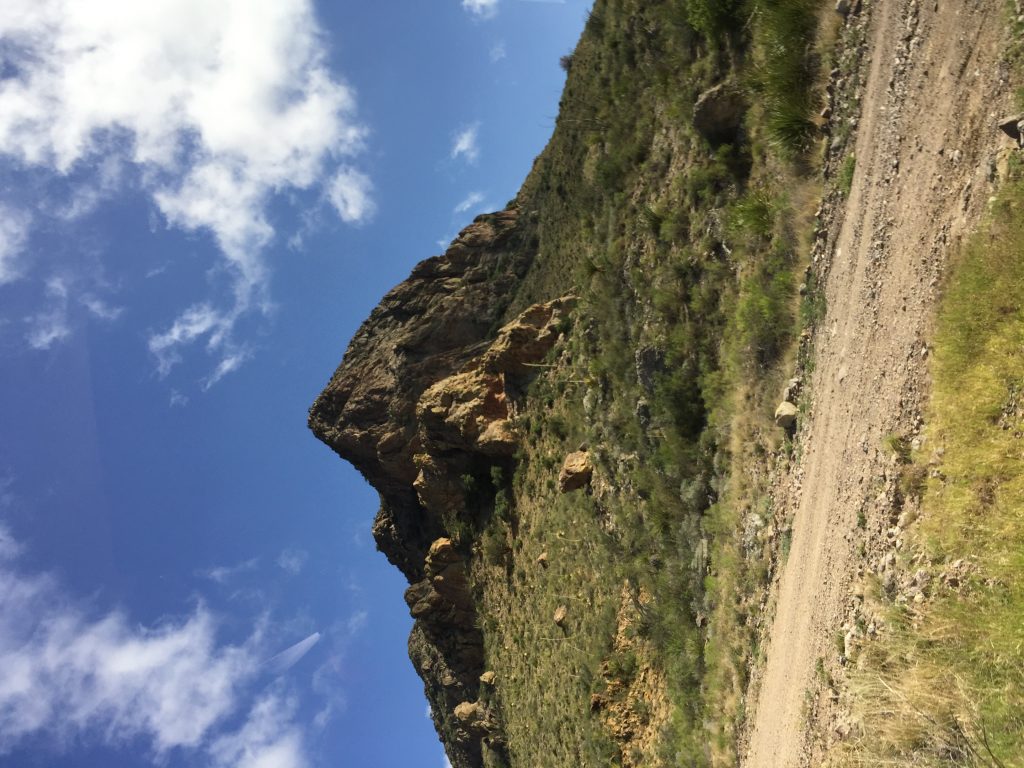 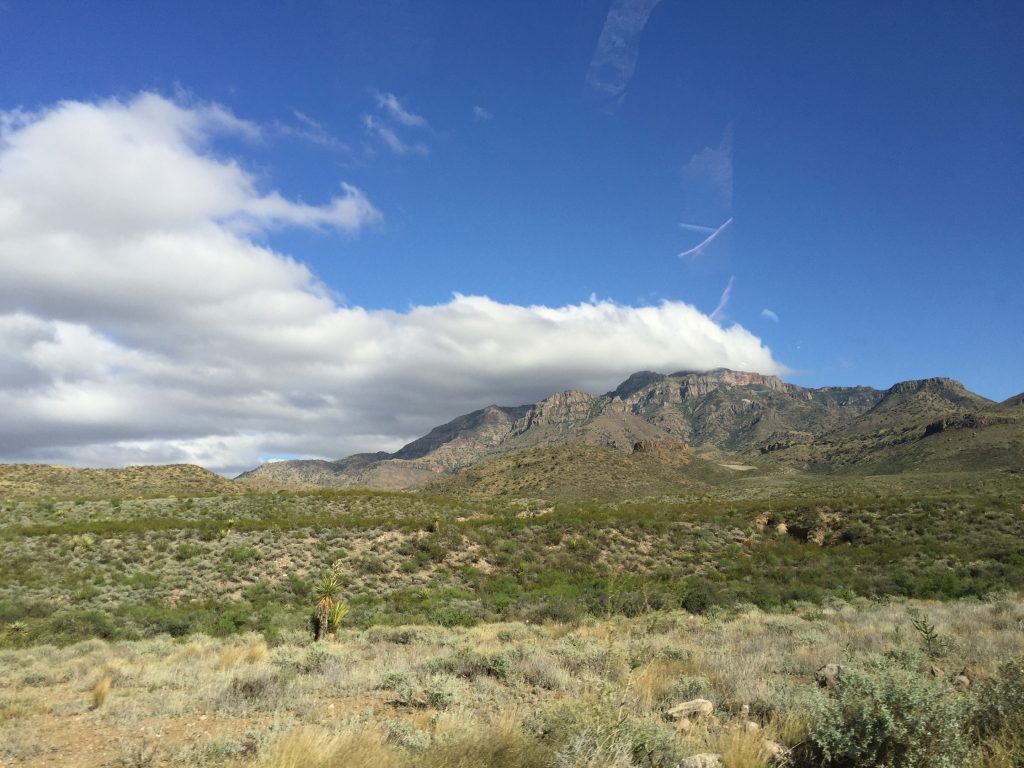 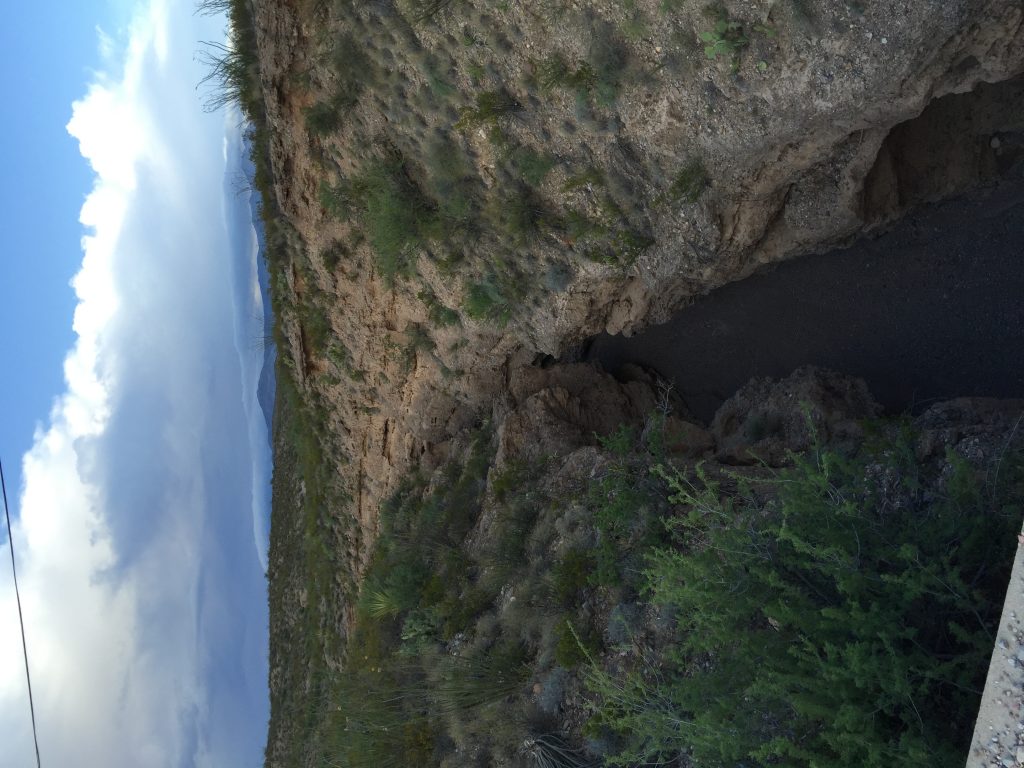 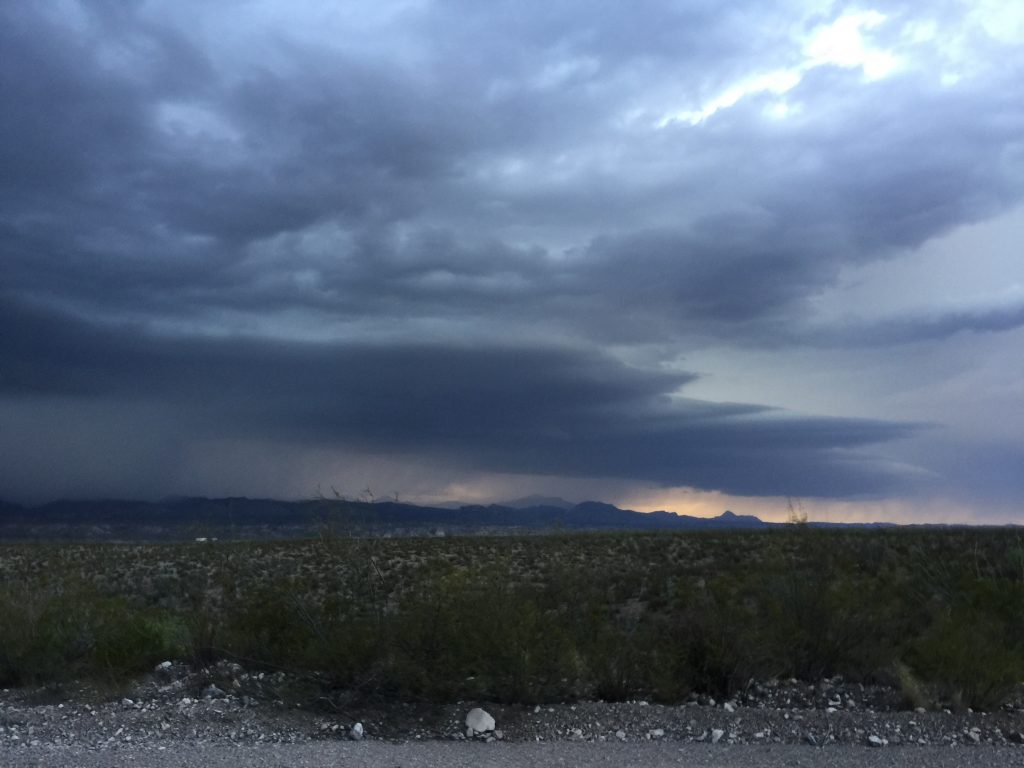 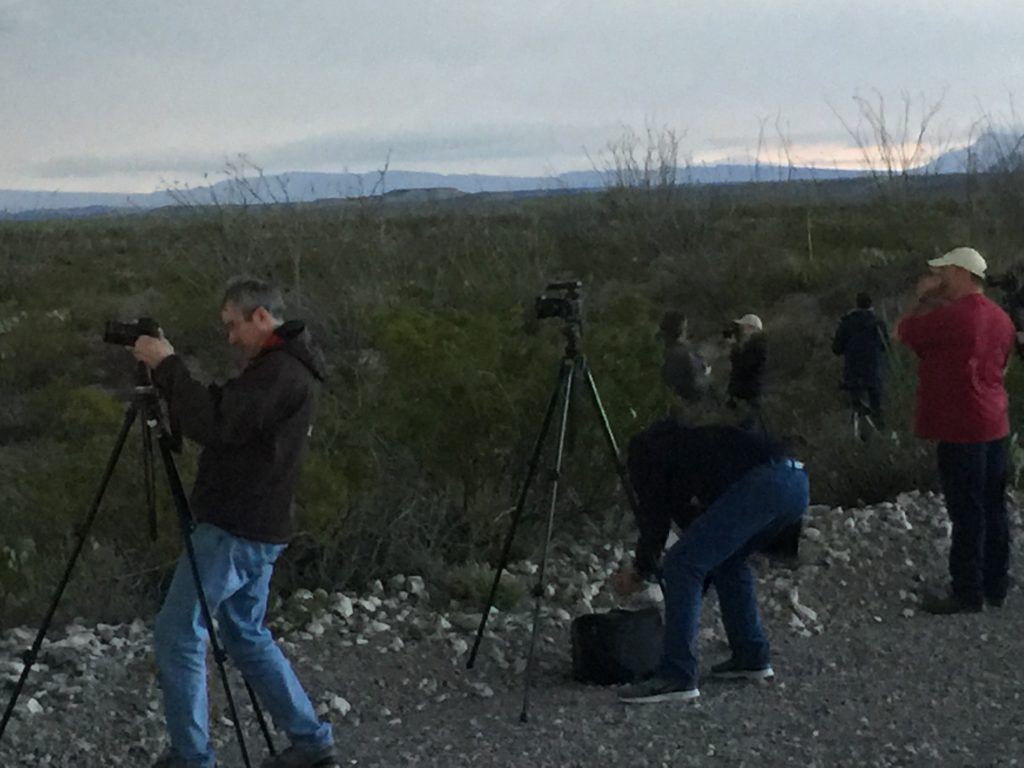 Many beautiful canyon photos will be added here once I have time and connectivity to do the job.

Several well-organized supercells persisted on the Mexican side, and when they moved into Texas they pelted us with quarter-sized (and slightly larger 1.25-inch) hail. 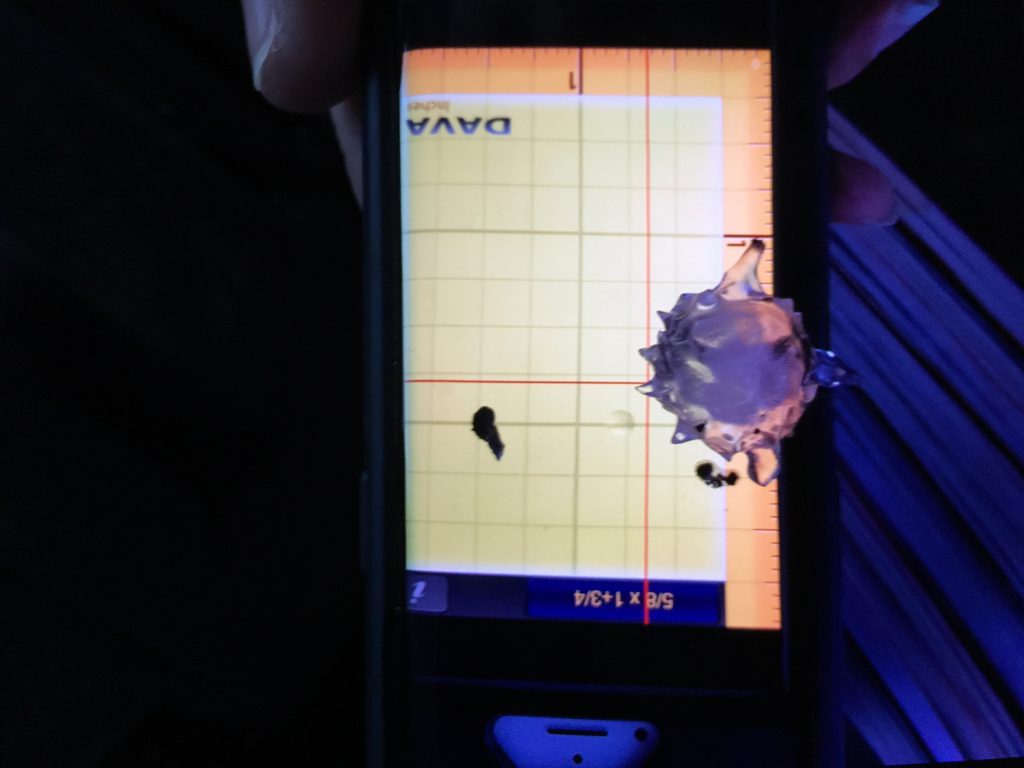 I will post hail photos and video as soon as I’m able.

“I woke last night to the sound of thunder. ‘How far off?’ I thought and wondered.” – “Night Moves”, Bob Seger and the Silver Bullet Band.(https://en.m.wikipedia.org/wiki/Night_Moves_(song) ) 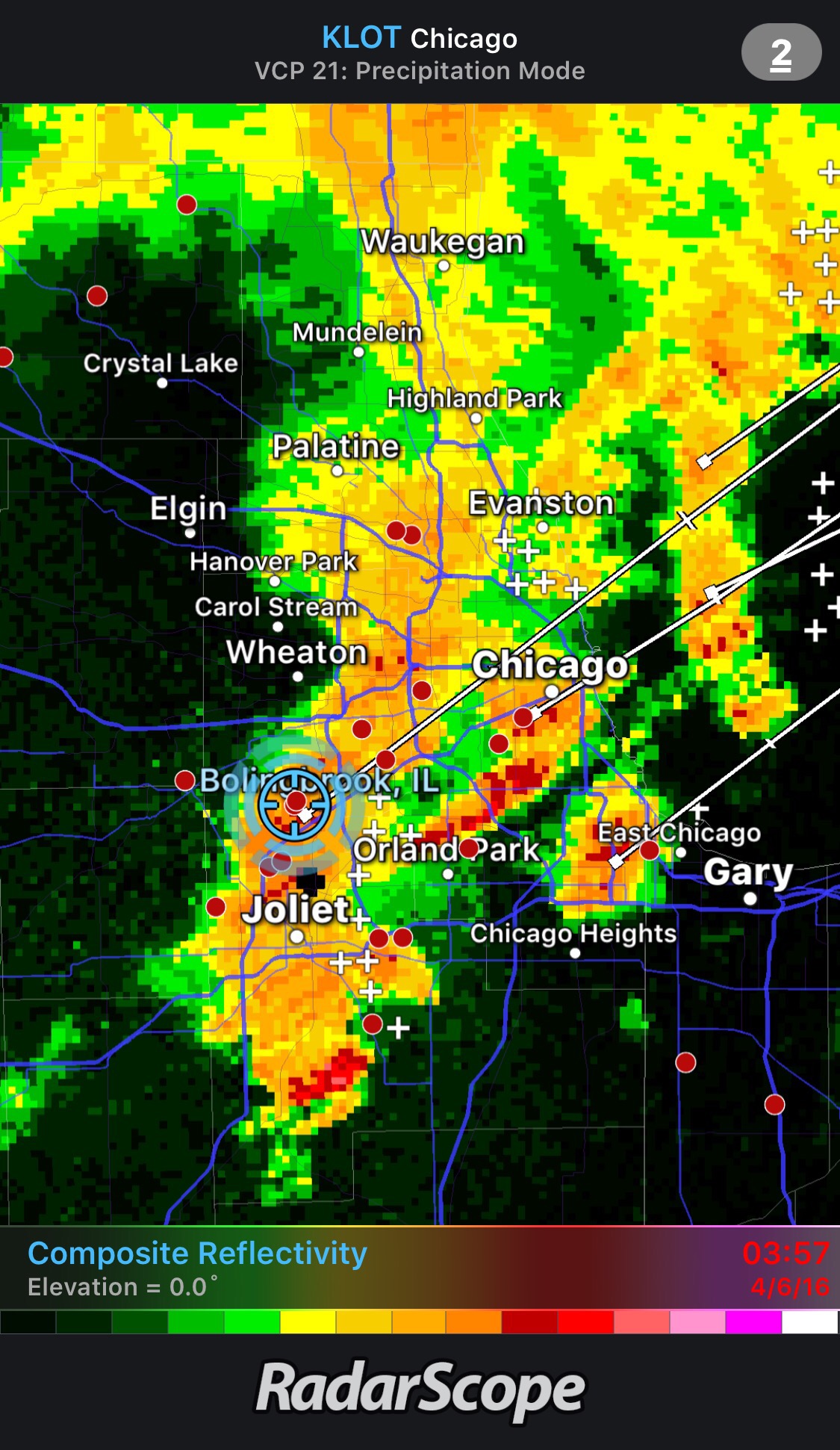 Actually, I woke at 4 AM this morning to a flash of lightning (and, yes, the sound of thunder).
The chase season is here. My vacation is coming soon, and I am counting the days. I watch the checking account for the deposit my tax refund that will fund my next adventure.

Month of May, please come soon! 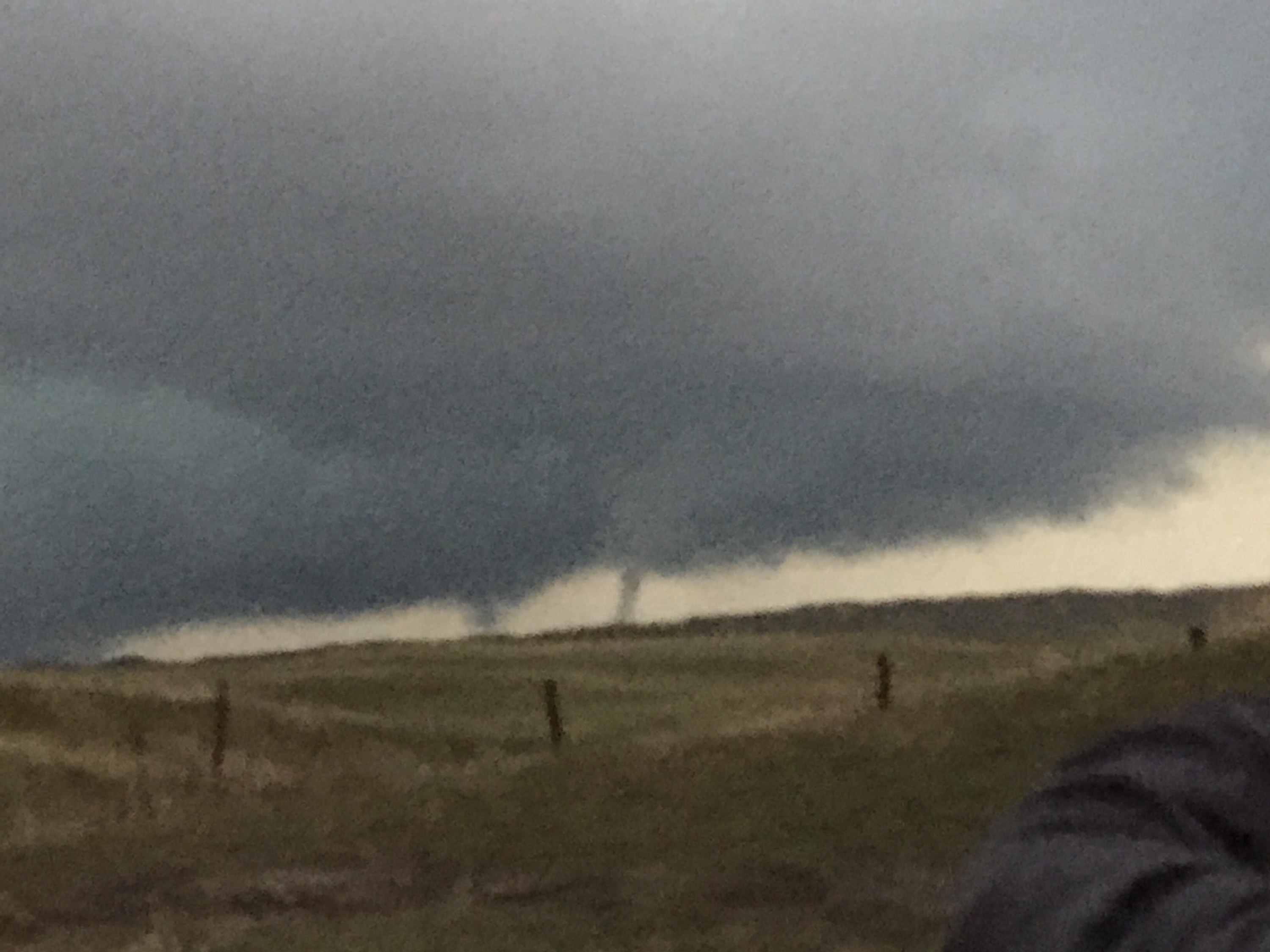 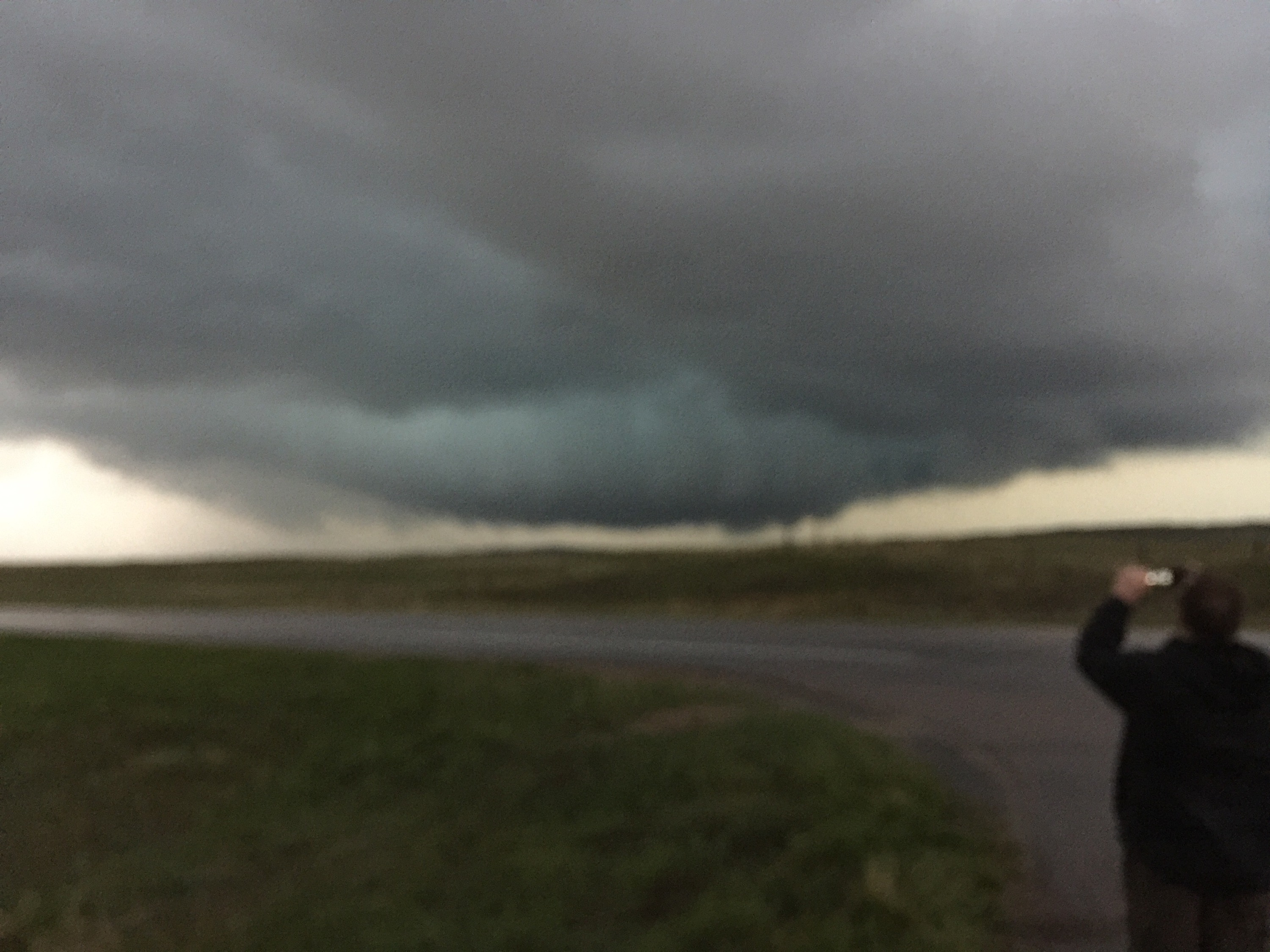 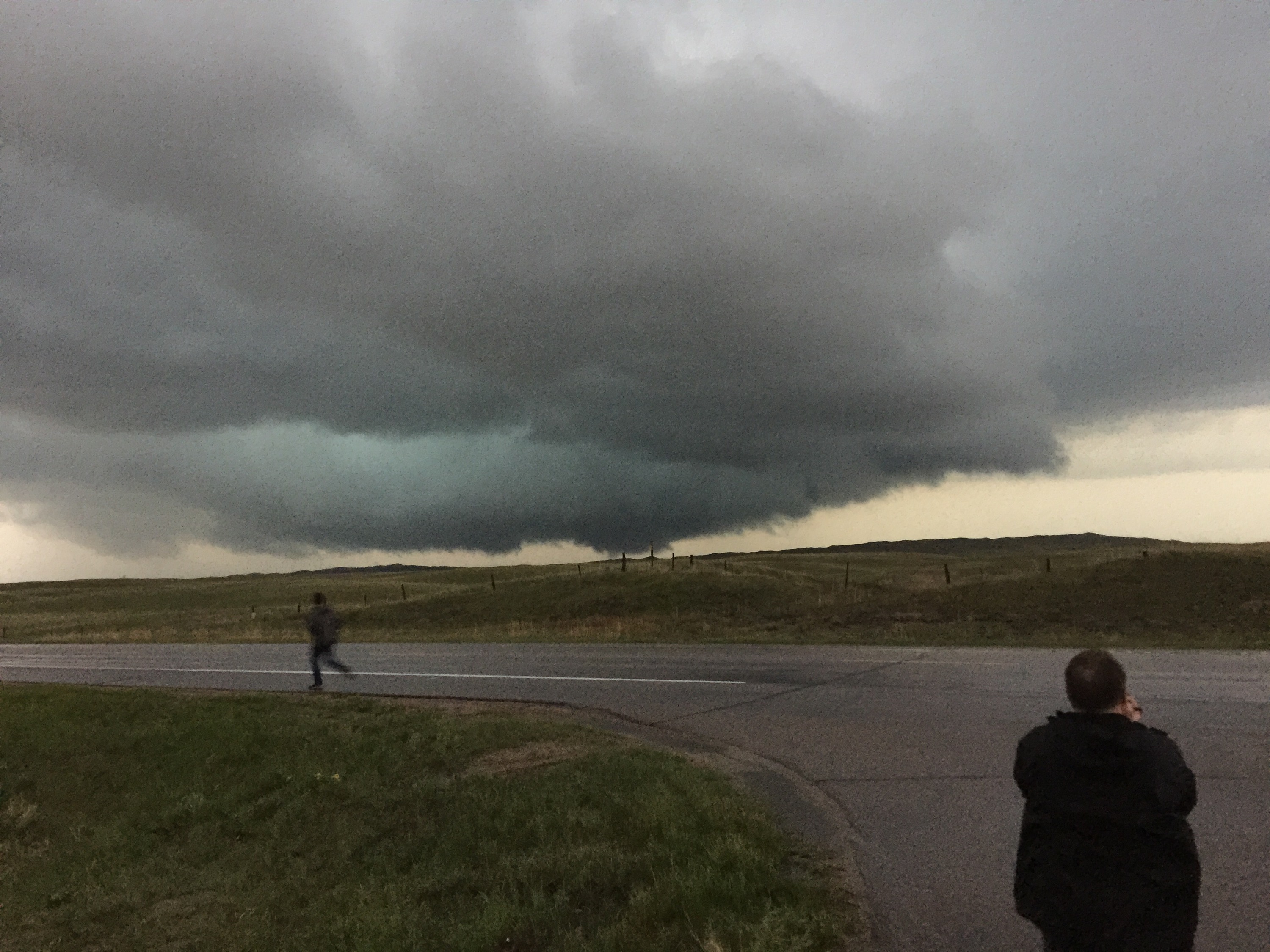 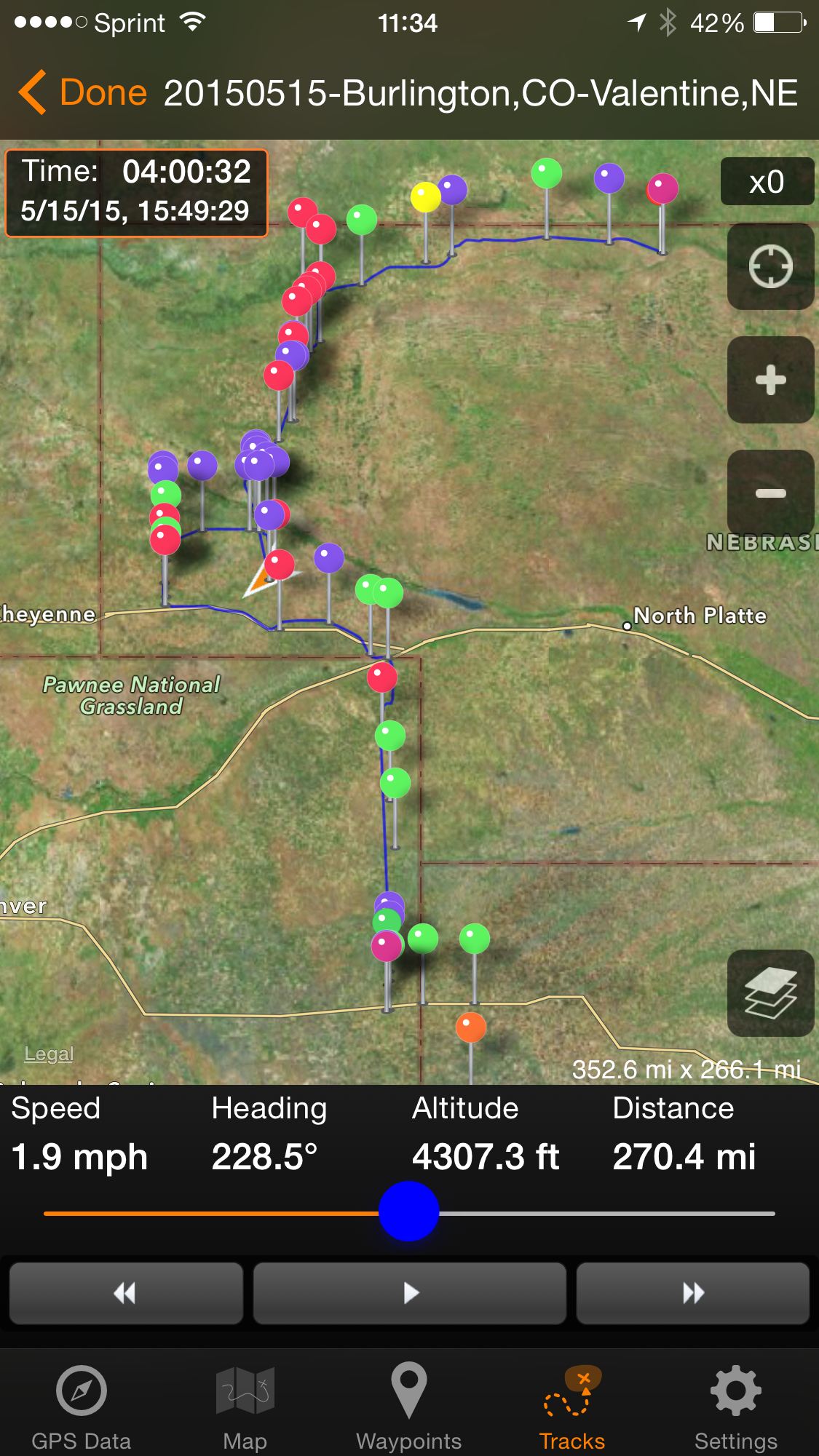 [My apologies: these are very rough notes, but I will refine them later. Enjoy!]

We will be positioning far to the north, in preparation for an active day in Nebraska on Friday:

___ – extended sky
stop to observe tiered supercell to our west 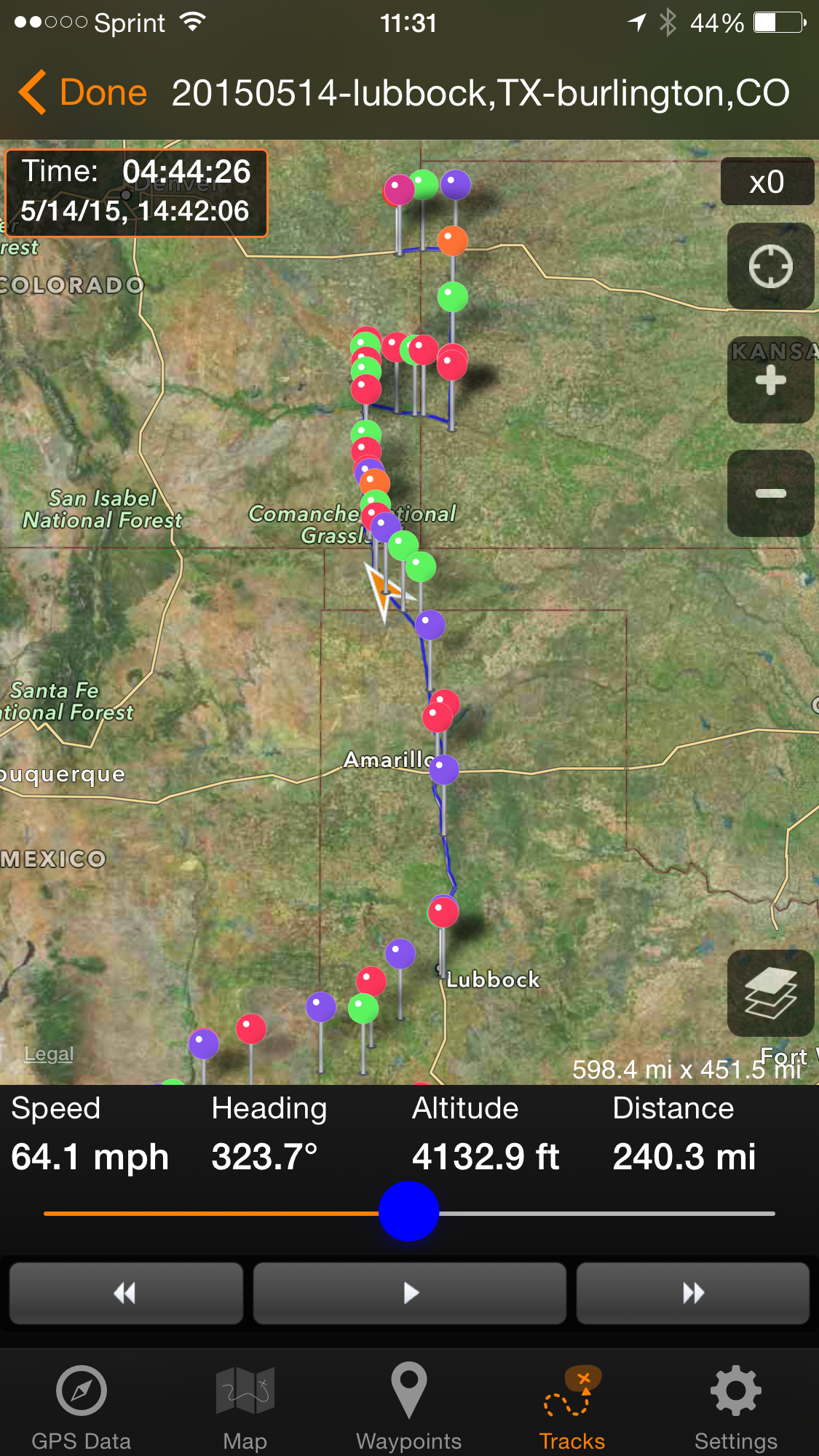 This morning started with a MOD RISK declared for Chicago and environs:

There was also much discussion about a HIGH RISK being declared, with a focus on the severe wind and hail threats:

While the tornado threat has been downplayed, I feel a bit wary about the hatched 10%(+) area:

Even early in the day, the severe parameters show signs of moving ‘into the hot zone’ later today:

We’ll have to watch this one carefully (as Gilbert Sebenste pointed out in my Facebook news feed). Gilbert is a respected expert in Northern Illinois weather, and I’m glad we have him watching our area.  He’s generous with his knowledge and is a great natural teacher. (Frankly, I wish there was some way I could carve out time to attend either his meteorology classes or the one’s Paul Sirvatka teaches at College of DuPage. Both of the gentlemen have a great sever weather sense, and I’d be delighted if their wisdom would rub off on me. I could always use more.)

11:00am:
As the morning wore on, the air was increasingly humid.  Definitely, “air ya kin wear’, to use a Northern Virginia-ism.

14:30CDT:
Per http://www.spc.noaa.gov/products/watch/ww0298.html , A PDS (particularly dangerous situation) area has been issued to our west:

Certain aspects of today remind me of the

August 4, 2008 derecho event.  On that day, the EF1 tornado in Bolingbrook, Illinois passed less than a mile south of my house. Too close for comfort!

A MOD RISK day in Oklahoma (but I’m working in Chicago), so we’ll chase virtually.

SPC’s tornado outlook has a big sausage-shaped area (hatched!) along western Oklahoma, but where do we target within a 96,000 square mile blob?

Checking this vs. the Dew point, moisture convergence, and CAPE/CINH, the area from the southwest corner of Oklahoma to Weatherford, OK looks like where I’d predict a good chance to strong tornadoes. Using the NAM model, I see precipitation broken out for my target area during the 18-21Z area.

0840CDT: If I started from a virtual base city of Salina, KS, I’d be at the waffle maker at someplace like the Days Inn Salina South reviewing these models.
My departure would be at about 9:30 a.m., with an estimated arrival at Elk City, OK of about 3 pm (a 5.5 hours drive via I-35S and I40W).

13:34CDT: In the virtual world, I’m stopped to gas up for the afternoon near El Reno,OK, make a bathroom stop, and re-assess conditions. I regret having to bypass Moore, for a look from I-35, but I’ve headed west on I-40. I can’t observe the sky in the real world, but the surface map, visible satellite, and webcams give me an idea what I’d think if I were there: continue west for now, then re-assess at 14:30 or so.Temperature at El Reno is 77F with a *screaming* 68F dew point, scattered clouds, and a healthy 27mph wind.  It seems that moisture is getting carried WAY north of my position. But, I also need to be patient!

Maybe I’ll stop at Sayre, and consider going north, as storms are already popping west and north of there. A huge TOR watch area — the red shaded area in the map below— covers much of western Oklahoma and continues north into Kansas (where a really long line of chasers are heading west on US54, apparently try to catch the storm straddling the Clark-Comanche county line, south of Dodge City).

14:00CDT – After watch radar and checking SBCAPE, I decide to abandon my target. Tall, ferocious storms are building on the OK-KS line, head up through Watonga on US270W, hoping there are still storms to chase around 16:00CDT.  Supercell composite is 12 for the area.  Hopefully, I can make good time without getting a ticket. *Looks both ways, crosses fingers*

16:00CDT: Look like storm to the south is picking up. Dropping south to Seiling,OK

1630CDT: Storms east and west. Will stick with the westerm storms, aiming for the ‘tail end Charlie’. Head south on US183.
Problem: Not many road options until Clinton!

1730CDT: I see (from GRLevel3) that Vic Gensini from CoD is on the storm by Memphis, TX.  I’m going to let it come to me. It’s adjacent to the new ‘tail end Charlie’ to its southwest. *crosses fingers*

[NOTE: Real-world issues have interrupted. I may have to break off this virtual chase.]

RESULT: A work-related crisis took me away from this virtual chase, but I would have reached sever storms in any case.
There were several tornado reports nearby, but odds are that I would NOT have seen them.  As the map below indicates, most of the significant tornado action occurs north and outside of the originally predicted sausage-shaped area of high tornado probability.

Today will have to be a virtual chase day. My chase-cation is over and the weekend is behind me.
Hopefully, I’ll a) be available to chase next weekend and b) there will be severe storms with 500 miles of home during that time.

In the meantime, on with the virtual chase:

Assumed base city: Wichita, KS (so I can join Jim, Jenna and Woodrow for the morning Starbucks run 🙂 )
Initial target: Comanche, OK

Basis:
(Verbiage to be added later. Short version: Looks to me like shear, lift, instability, and moisture all come together in south central OK around 20Z. Charts follow.)

1230 – A look st the SREF as I sit down to lunch (in both the virtual and real world) gives me pause for thought. It appears that Comanche, OK may be a bit to far southwest. In the virtual world, I’m at the Lawton Golden Corral (2632 Northwest Cache Road, Lawton, OK 73505) getting a good meal, as it looks like I won’t have a sit-down supper tonight. Suppertime is storm time, so I’ll be munching jerky then (albeit carefully, thanks to a temporary crown my dentist repaired on Saturday … in the real world.) Looks like I’ll need to relocate east then north; better keep lunch down to 15-20 minutes. Time to re-evaluate after lunch.

1250 – I slide east on OK7, then north on US81. Around 1330, ‘virtual me’ gives a wave to Jeff Piotrowski who’s eying the storm that’s gone up between Comanche and Lawton. (I’m always encouraged when I see somebody who really knows what they’re doing. It makes me feel a tiny bit more like I do, too.) Soon, the storm is shooting down some lightning and looking somewhat energetic.

Here are radar images of the storm, which produces a tornado later (though not as large or (thankfully) as deadly as the Moore, OK tornado of later today.

Photos will be added as time permits.

Cumulus field rising. Storms are starting to our south.