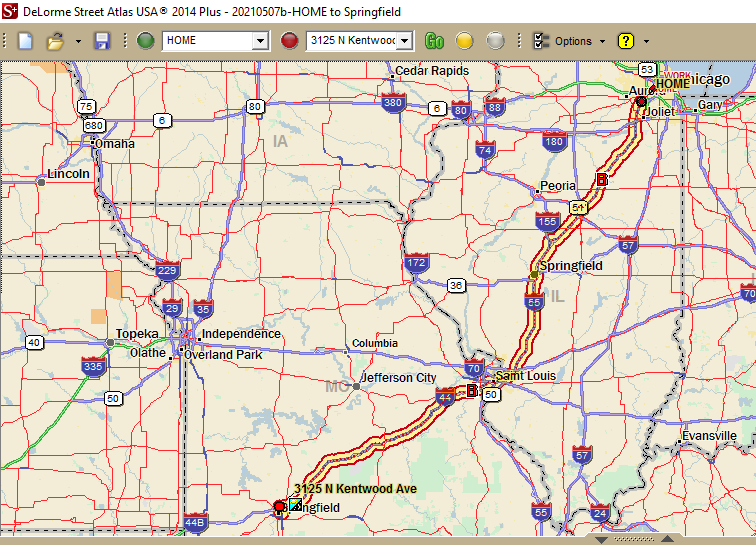 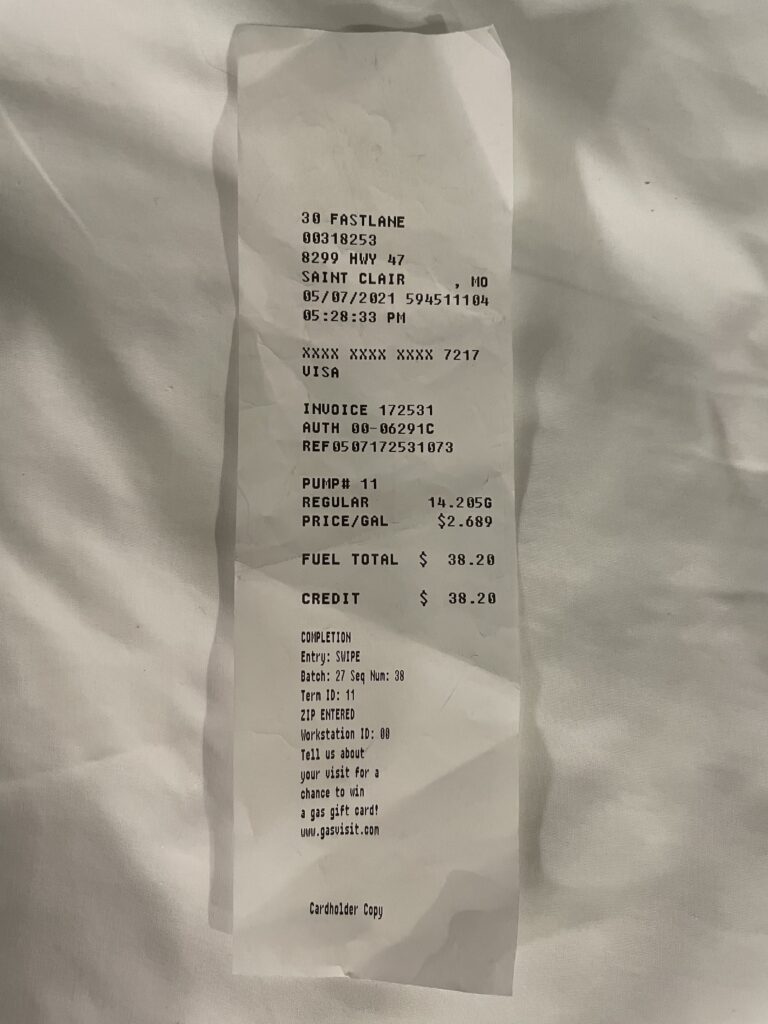 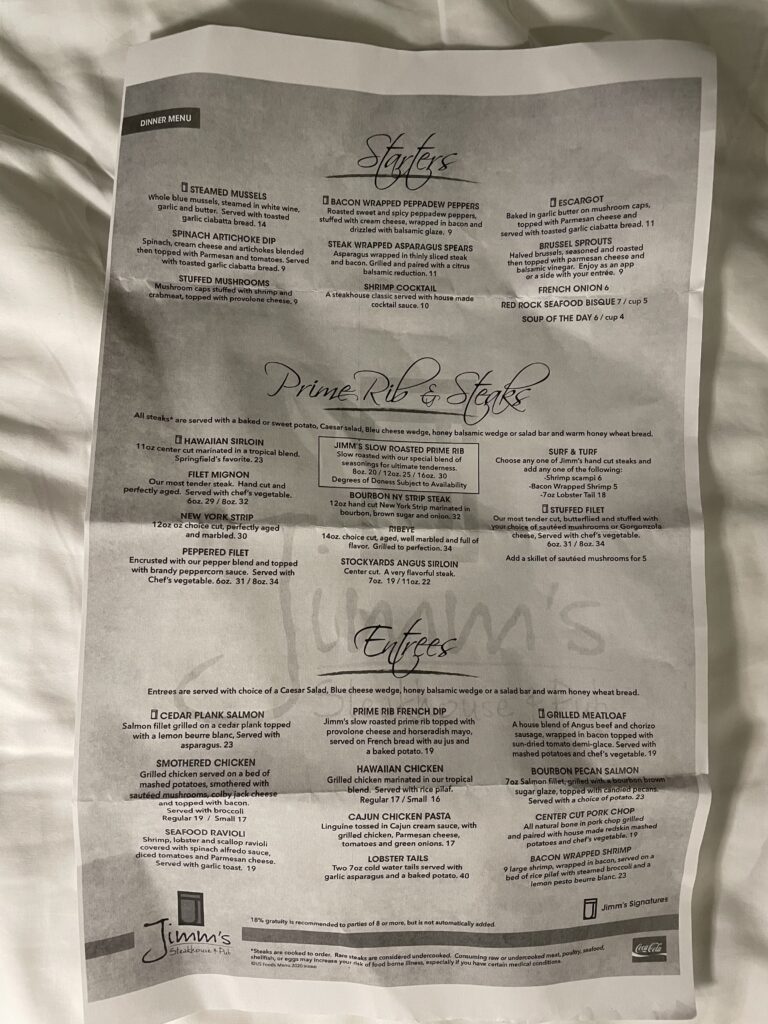 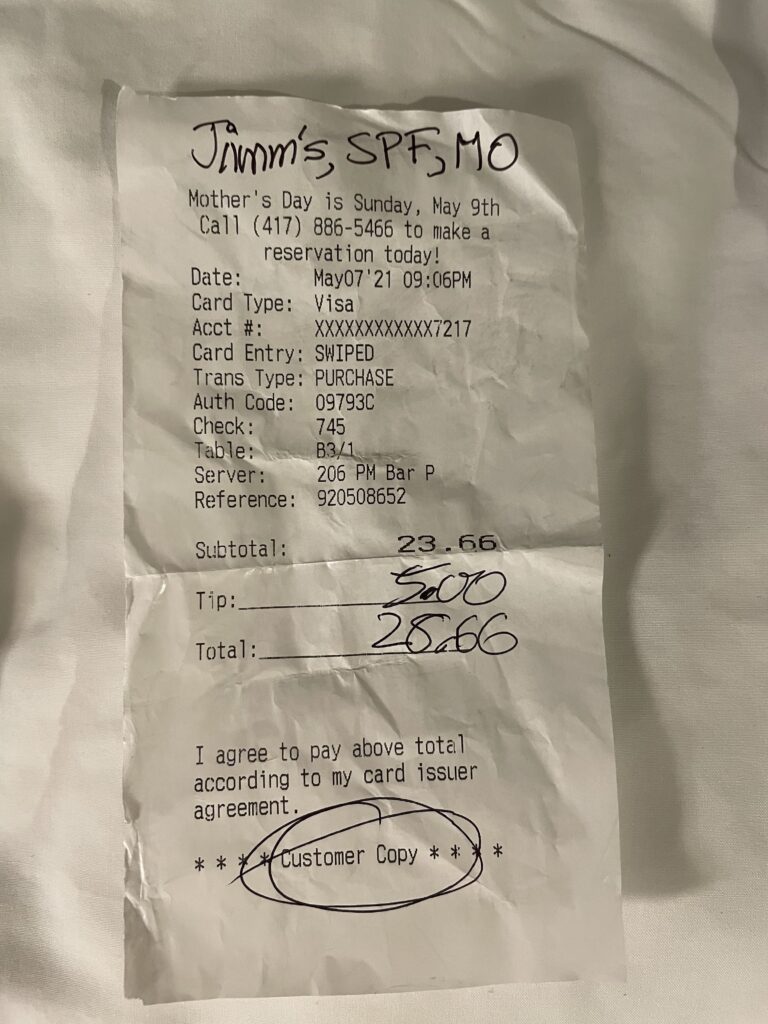 First, drove from the motel in Bolingbrook into the Loop of Chicago. After an unplanned orbit of Lower Wacker Drive, we got into our parking garage and walked to breakfest.  I had a tasty apple-walnut oatmeal and my first-ever (and probably last-ever) keto coffee. 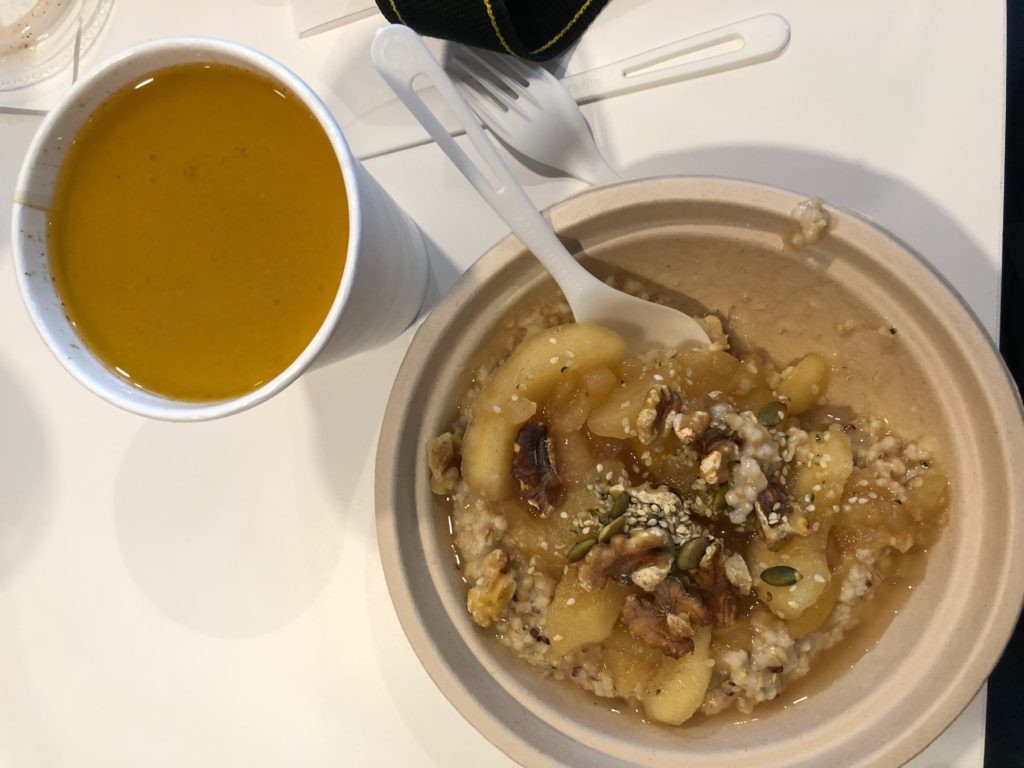 Then, we walked across the street and went up to the 103rd story attractions of the [former] Sears Tower (a/k/a the Willis Tower).

The views were spectacular, but when I stepped out onto The Ledge, I got dizzy and withdrew immediately. My #FearOfHeights kicked in hard.  After a moment of calming down, I backed into my slot in the transparent box so high above the street and we were able to get a few pictures.

Looking out in each of the four compass point directions, we took in the amazing views.  The multiple shades of view on Lake Michigan, looking to the north, was astonishingly beautiful! 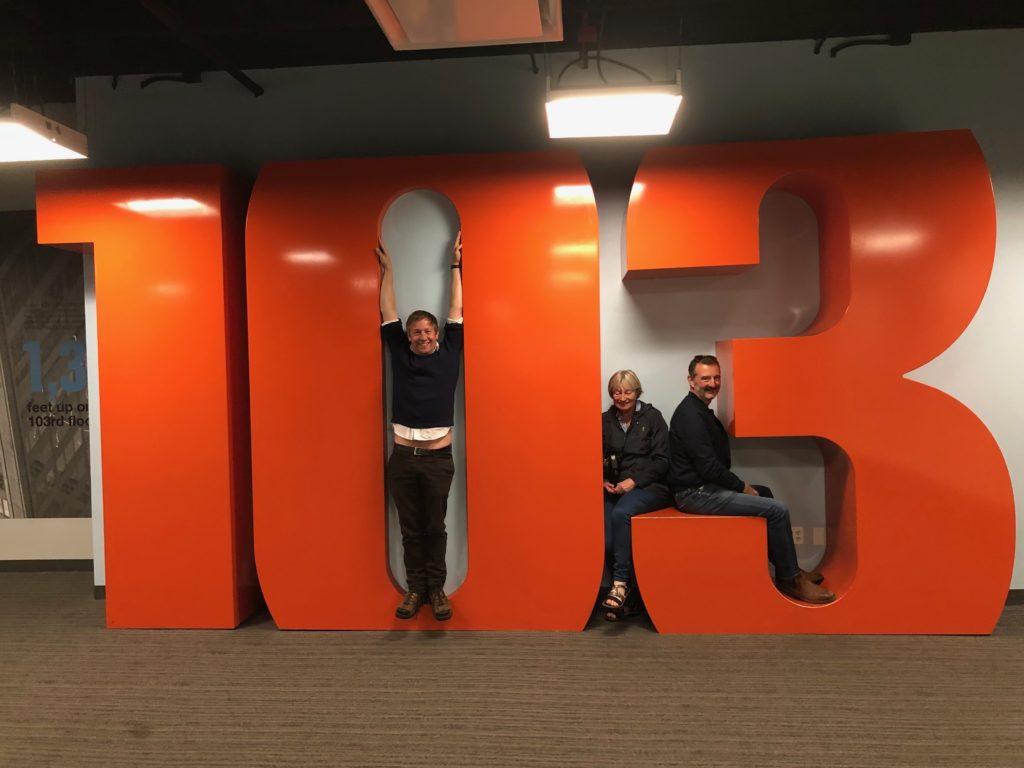 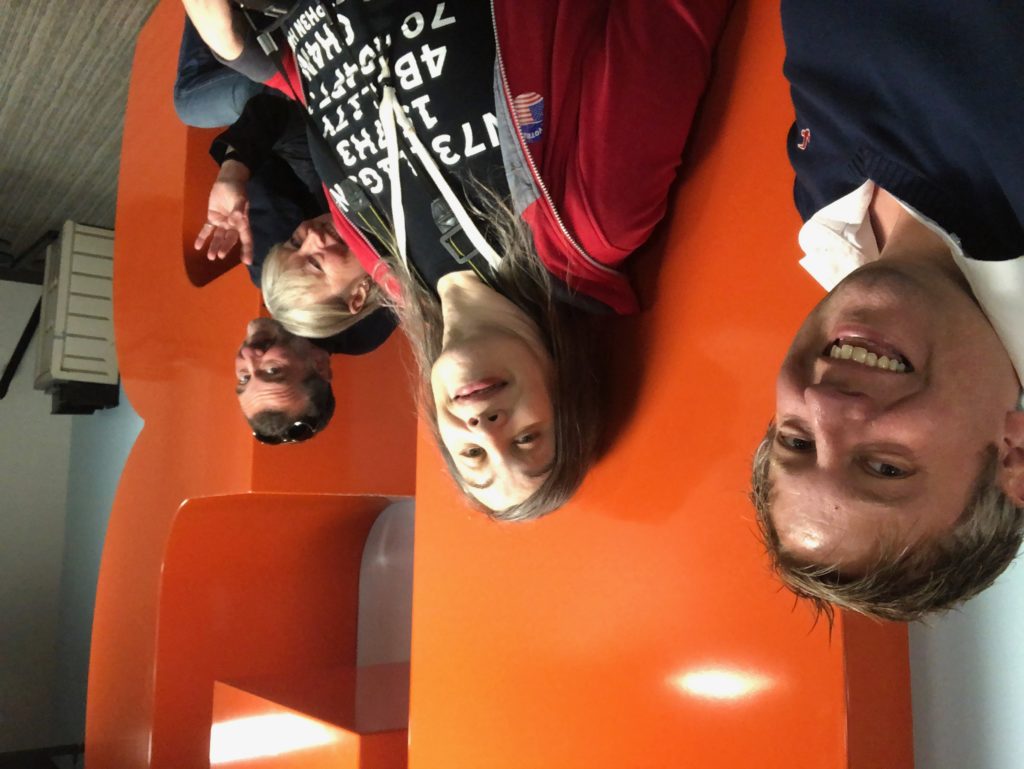 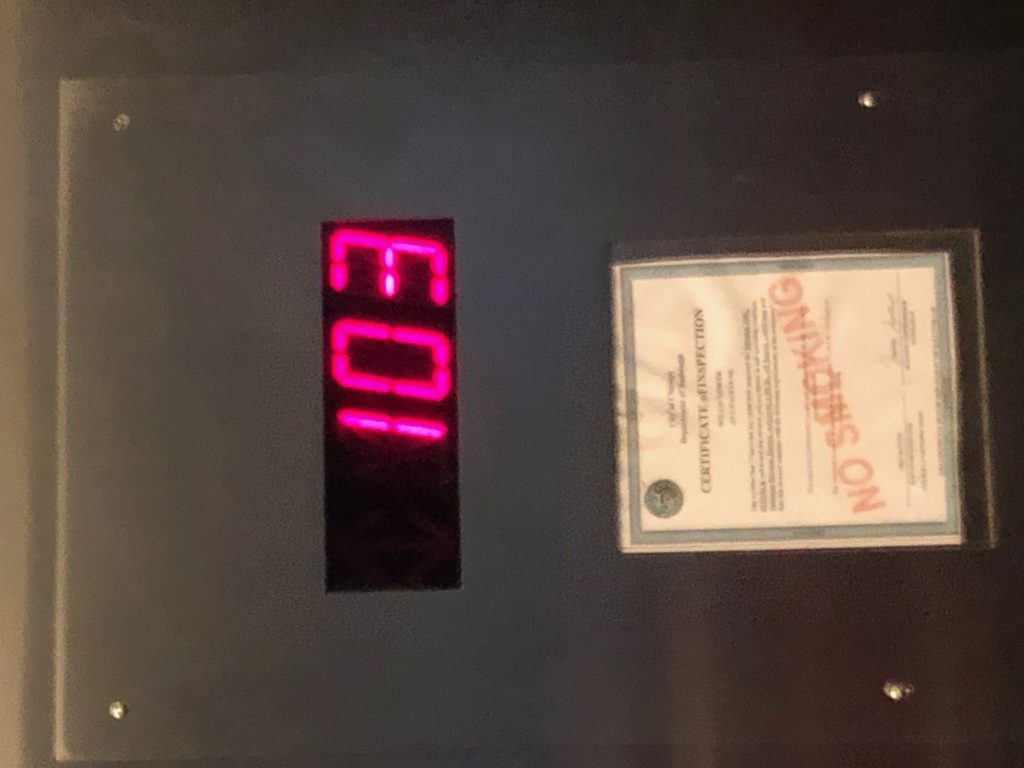 Along the Way: Fill-Up Philip

After of hour of “103” time was up, we returned to the car, headed west on Madison Street, and took I-94 and I-55 southwest, departing Chicago.

A few hours later, we stopped at Dwight, Illinois for lunch.  We had a classic American cuisine lunch (burgers, BLT sandwiches, hot soup), then visited the 1950s-vintage gas station across the street. 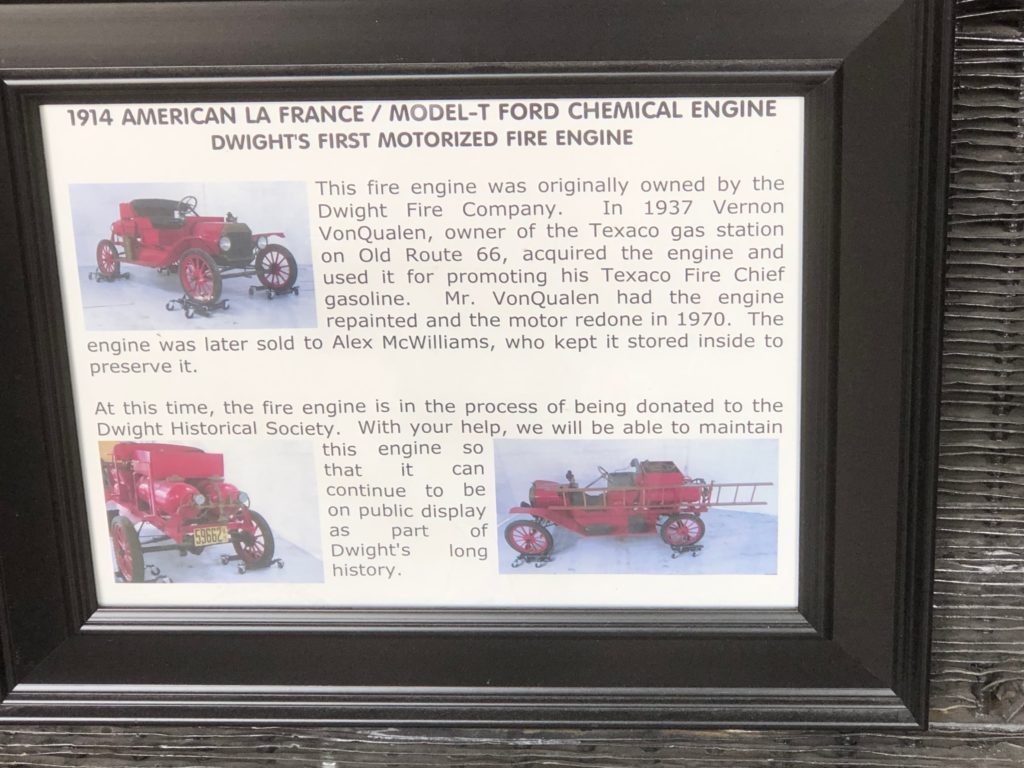 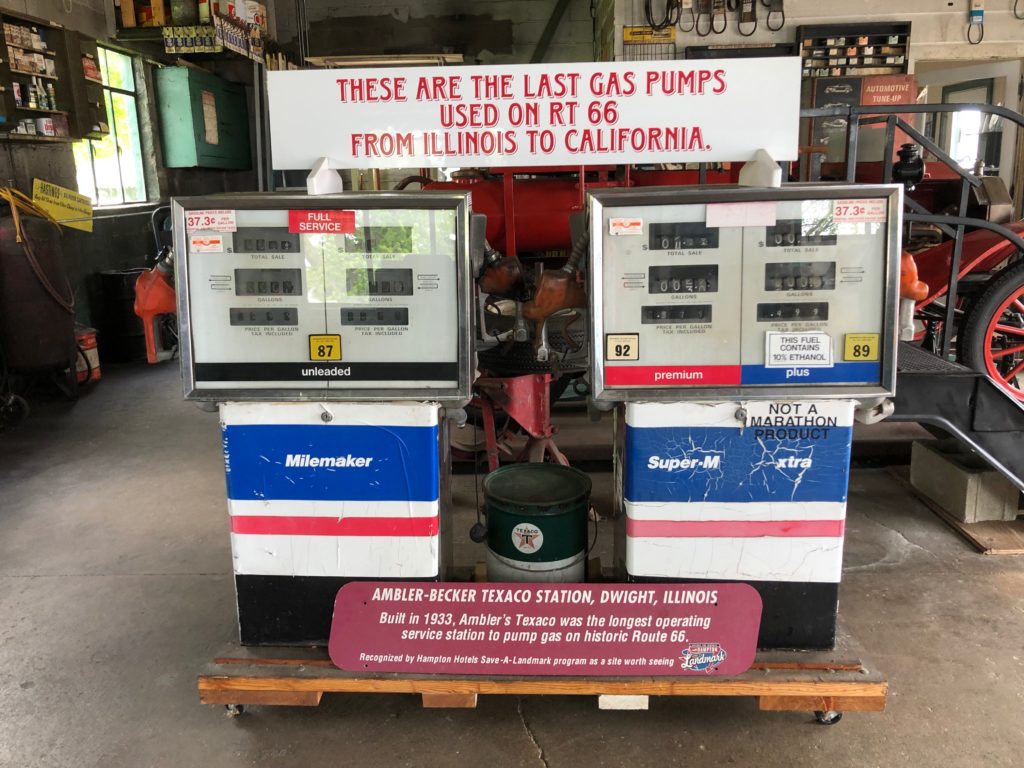 Next stop was the Lincoln Tomb (the actual final resting place of Abraham Lincoln, his wife Mary Todd Lincoln, and three of his four sons. The route to the monument took us through some pretty unassuming side streets (and I was beginning to the the GPS had misguided us). The tomb is topped off with an imposing obelisk and has many beautiful statues of Lincoln, depicting the various stages of is life from young adult to the final year of his presidency.

Quarter of the Way ‘Round the World

Continuing southwestward, I pulled the van to the shoulder for our ‘mystery stop’.  I must have given half a dozen hints where we were going, what it was about, etc.  We got WAY past twenty questions, but my guests finally figured it out without me telling them outright. Here we are after arriving. 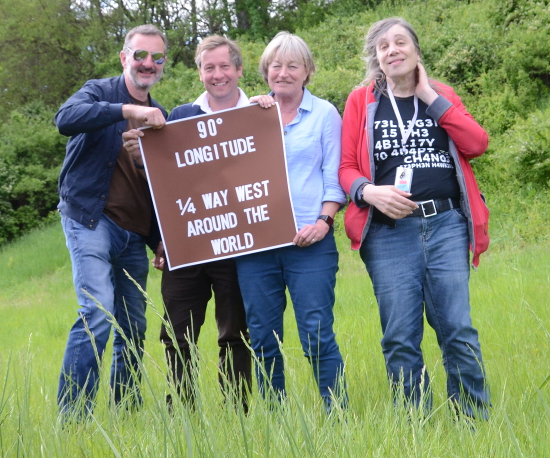 After many more hours of driving, we arrived at our dinner destination in Versailles — pronounced ‘ver-Sails’ — in Missouri.  Thanks to a cable between the van’s CarPlay port and my iPhone acting up, I had to rely on my guests’ phones for navigation. (Excellent job adapting to the situation, gang! I am in your debt.) Fortunately, we never got off the desired route, arriving at around 9pm. We met Kathy’s stepdaughter, Allison, at a local microbrewery and restaurant call The Bee’s Knees.  Other than a brief whiff of the beer, I abstained (as I was driving). On the other hand, I enjoyed a generous portion of the delicious varieties of thin crust pizza. It was a good thing we were driving; I could barely walk after the meal. 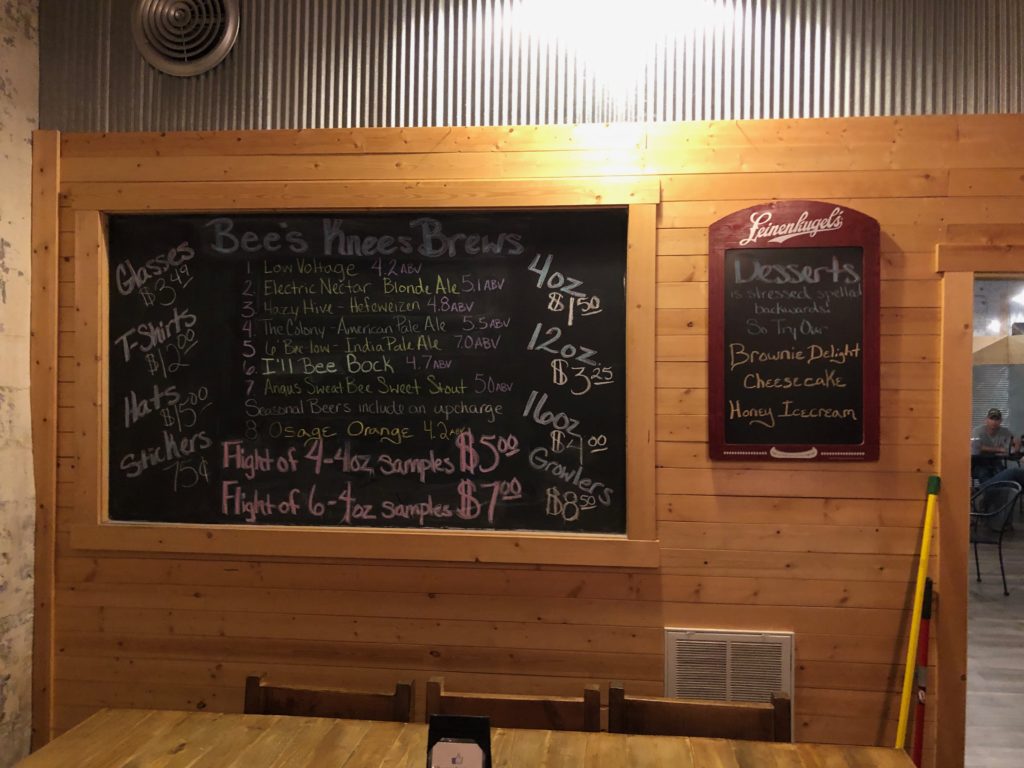 In a final push to our goal of Springfield, Missouri, I drove us on MO 5 toward Lebanon, Missouri and I-44.  The winding road, hilly terrain, and stretches of re-paving activy along the way made for a challenging drive, but we arrived safe and sound at Springfield around midnight. Four sleepy travelers went to sleep about 30 minutes later for some very solid and well-earned rest. 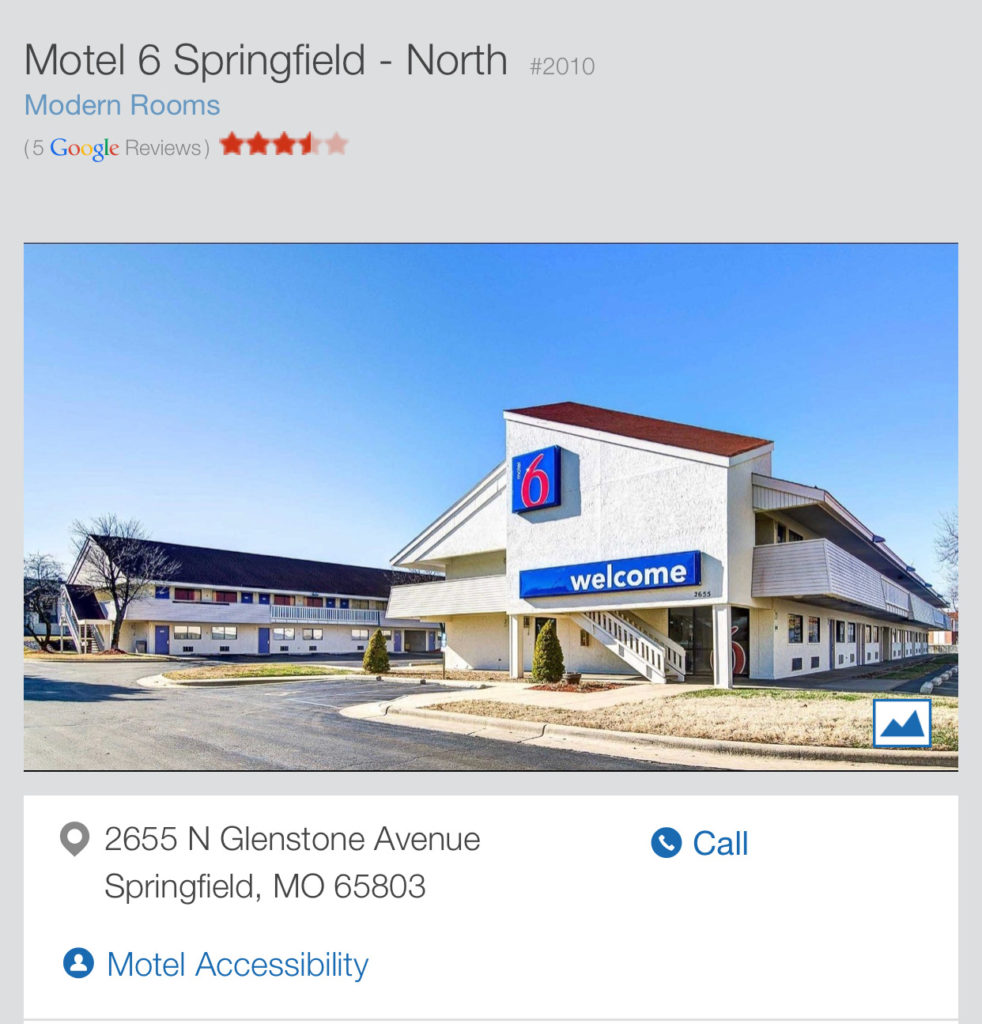 Here are the hotel and motel reviews for my 2013 storm season (which I’ll update as events warrant):

NOTE: The restaurant and accommodations links will be dead until I get out in the field.