After a busy day yesterday, we slept in late.

Our day really started with Chinese lunch at Golden Palace, a place with over 100 items of high-quality Mandarin and Cantonese appetizers, soups, entrees and (American-style) desserts.

After lunch and a quick fuel stop, we visited the National Cowboy and Western Heritage Museum.  If you go, allow up to two hours to walk through the amazing exhibits, pictured below.

After the museum visit, we went to the Oklahoma National Memorial (“the bombing memorial”).  Although it is a somber place with moving tributes to those lost, it also holds a message of hope and recovery. Photos are below.

We met up with most of the tour group and walked up to Charleston’s for dinner.  Simon and I split a Kale-Quinoa salad, which was still an overwhelming amount of food, even split in half.

Then, we returned to the hotel, where I spent the balance of the evening charging devices, uploading photos, and (finally) sleeping.

0410 – arrive at airport via parking shuttle 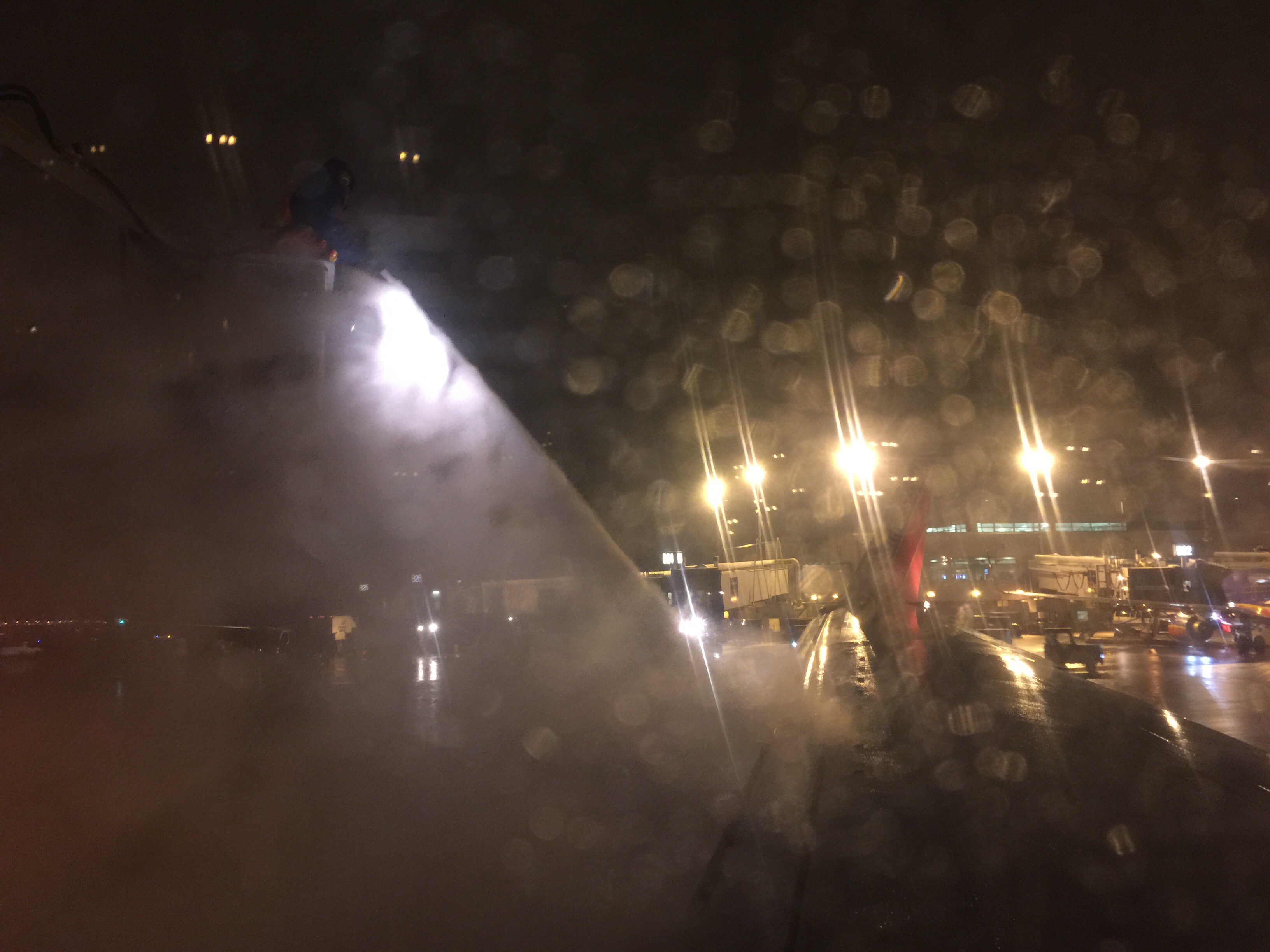 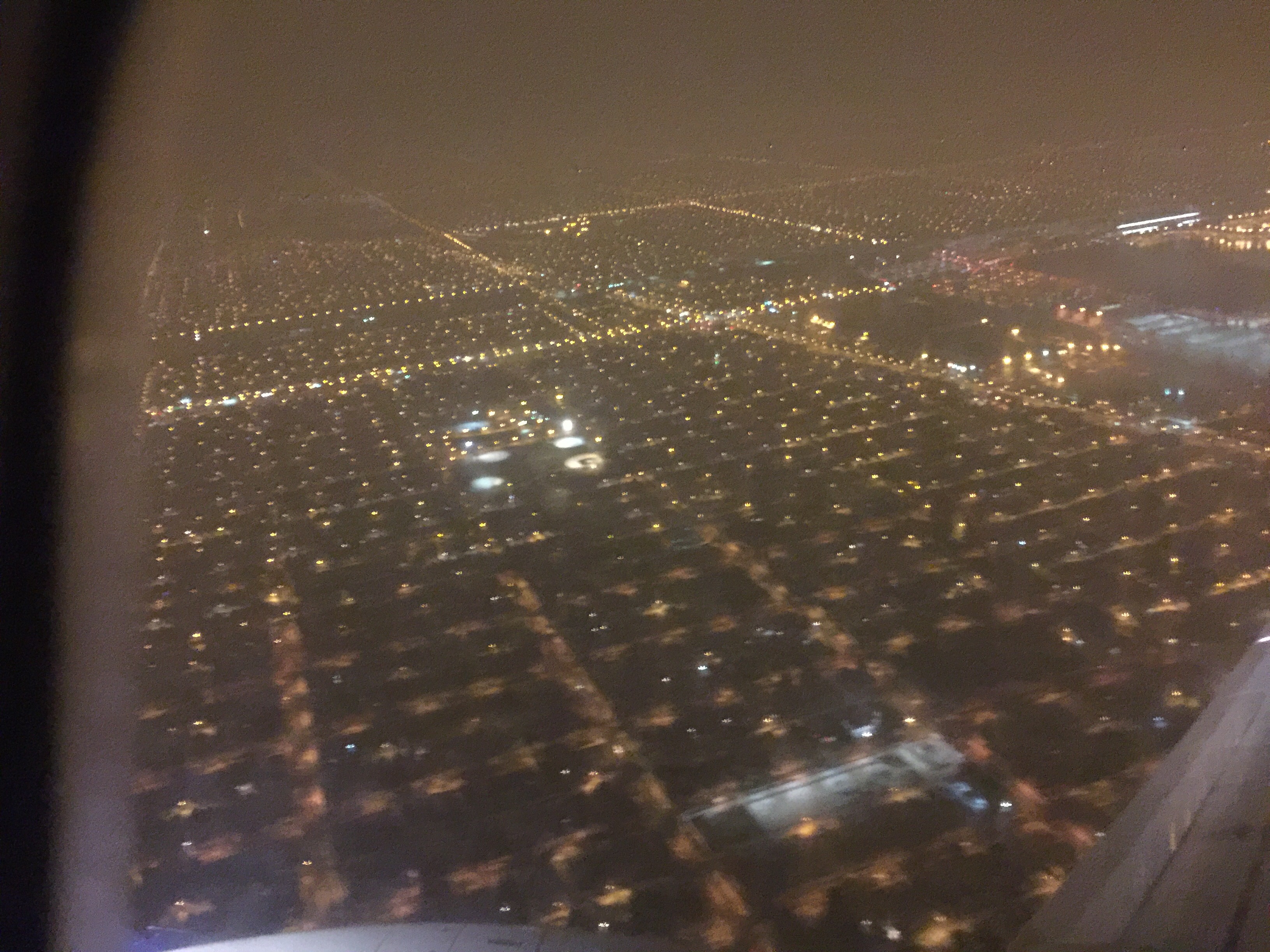 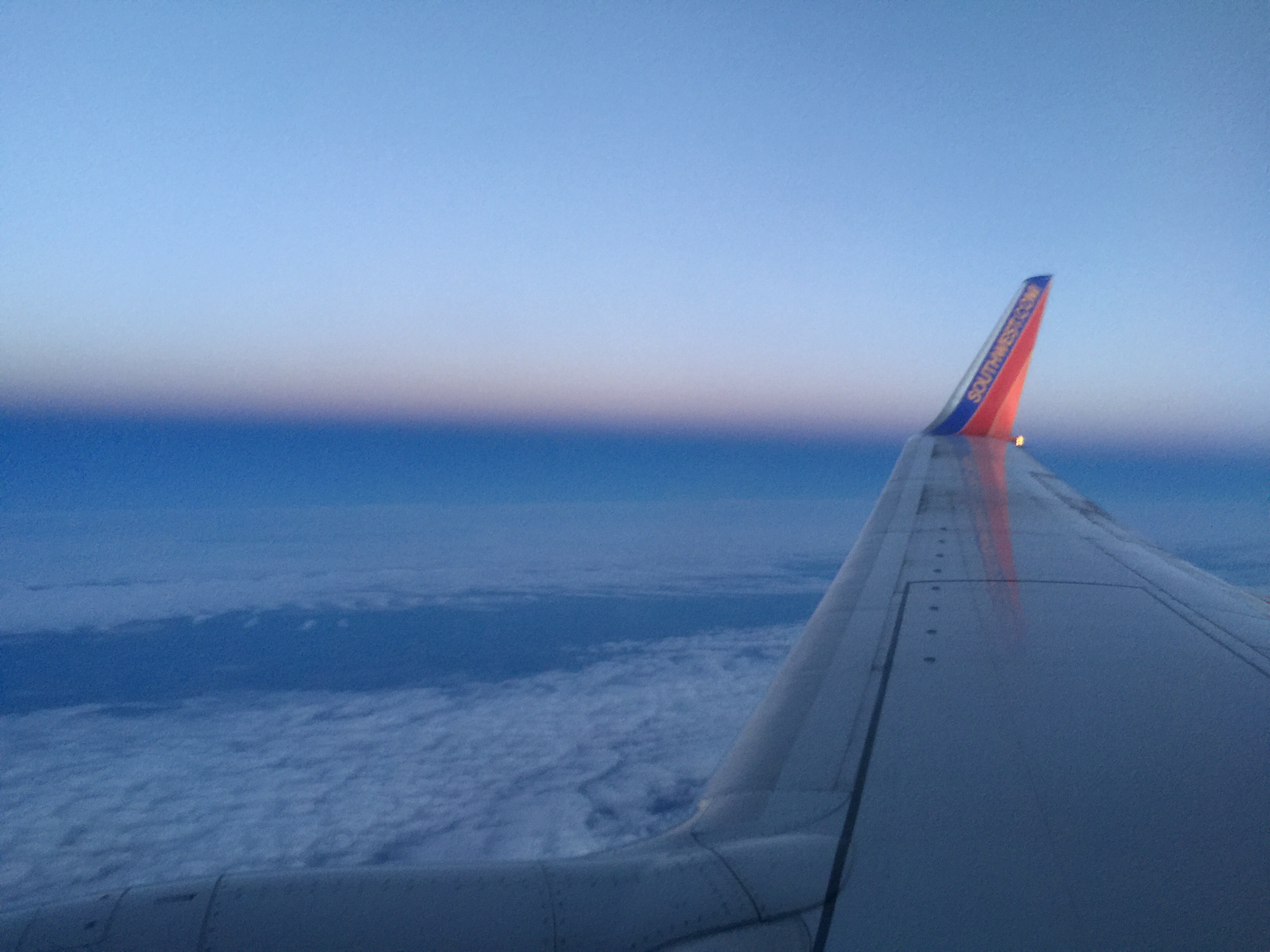 0730 – sunrise reflected the off whitecaps 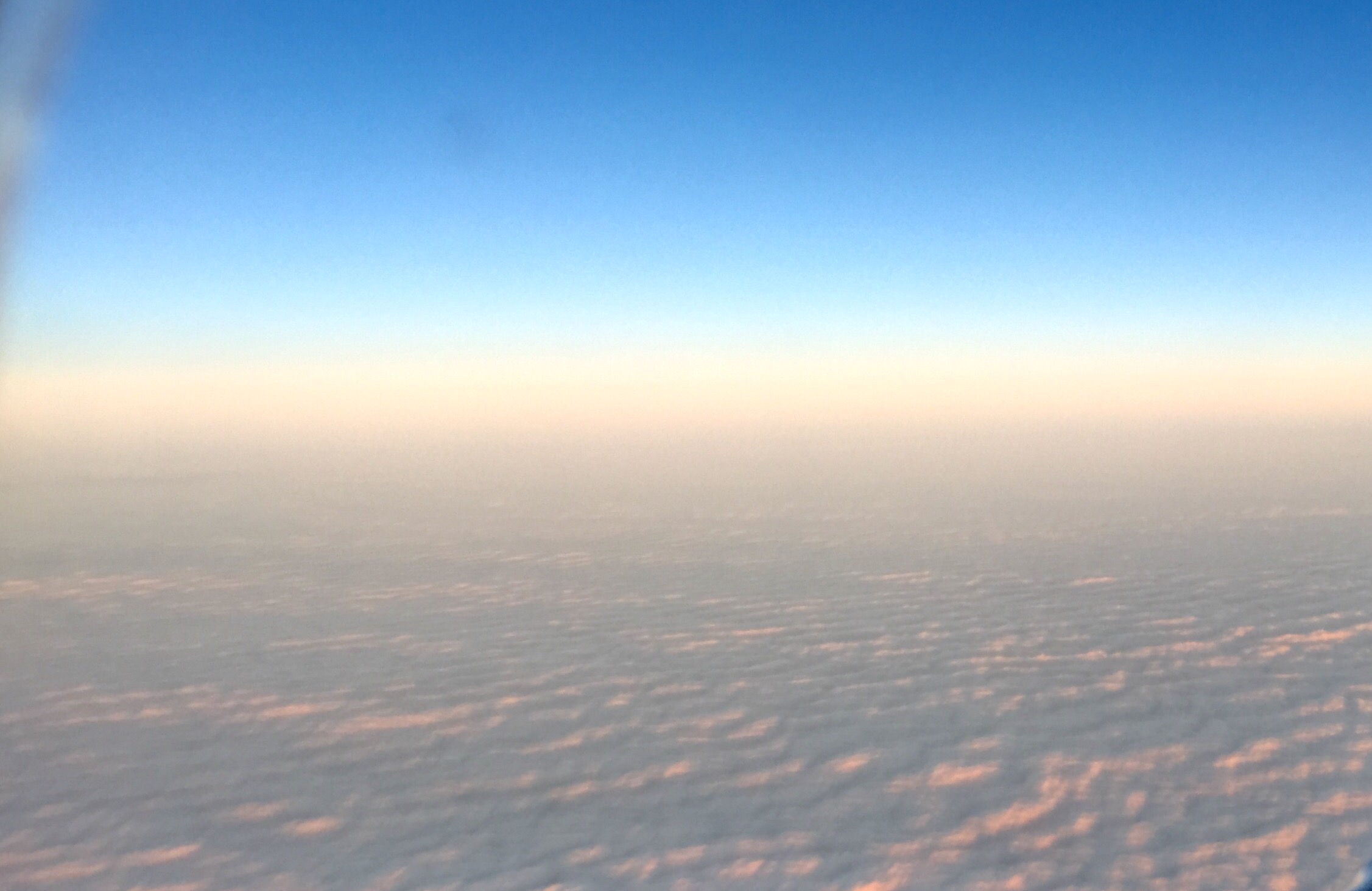 0850 – waiting on my flight to OKC. I would grab a Whataburger, but the airport price is $7. Too much for a burger! 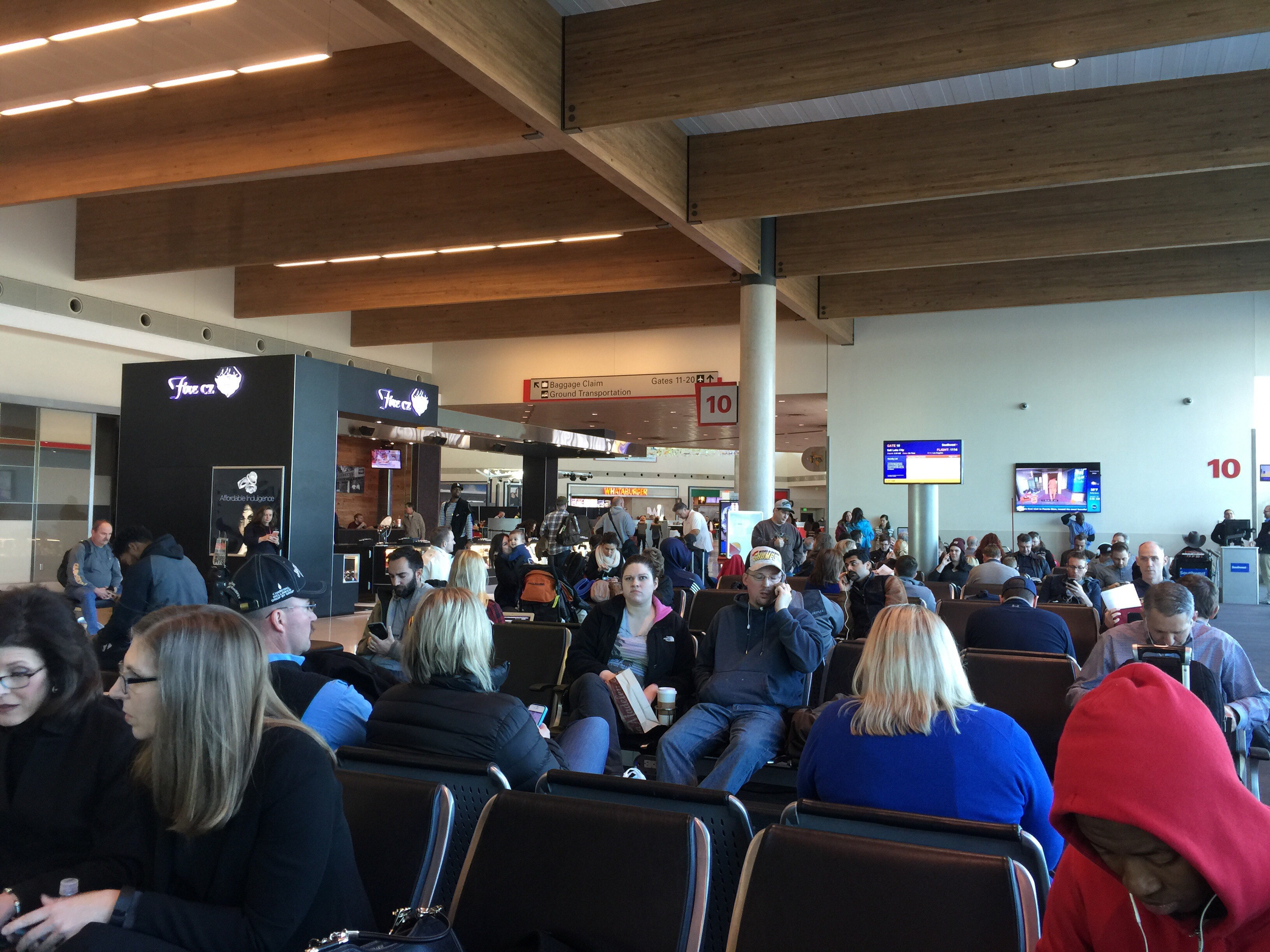 1200 – met by Lynda Whitfield and Cori Krehm, my regular ChaserCon homegirls. We headed to the Twistex Memorial

1000 – Errands
_____  — Home Depot: a long quest for a SEEK infrared camera for Phil (they aren’t sole yet in the UK)
_____ — WalMart: searched in vain for a Bruce Springsteen album for Kathy.  Fellow traveler Eric Meola photographed the cover art for the “Born to Run” album.  The WalMart music section was so disorganized that five of us could not find a single Springsteen album.  Bad WalMart, naught WalMart!

_____ – Continued on to Penn Square Mall to visit the Apple store (and search for another music store). Phil spent a bit of time looking or the new Apple Watch.  We discussed lunch at Whiskey Cafe, but the wait was almost two hours (as this is Mother’s Day).

_____ — Venture northwest (on Northwest Expressway) to F.Y.E., a real music store.  Plenty of Springsteen, but we cannot find “Born to Run”. *SIGH*

_____ — we head south to Reno and MacArthur, ending up at Lin’s Restaurant for all-you-can-eat steak, sushi, and Chinese food. Stuffed, we return to the hotel, to allow safe storage of our purchases. We take a short break to allow all to regroup.

13:30 — We head up to the National Cowboy & Western Heritage Museum (just off the Kelley exit from I-44).  Many great exhibits, a lot of walking, and a visit to the souvenir shop.

19:00– Walk to dinner at Frosty Mug (a bar and grill a few doors down from the hotel).  We aree later joined by David Balfour, who arrived s bit earlier in the afternoon.  The British/Aussie/Kiwi contingent is complete!

11:21: It’s only a few days until I chase in the physical realm, but the conditions are amazing today (and better tomorrow).

Based on a preliminary look at the SPC outlook, I’m focusing on my target area of a 25 mile radius around Altus, Oklahoma (the orange dot located in southwestern Oklahoma. 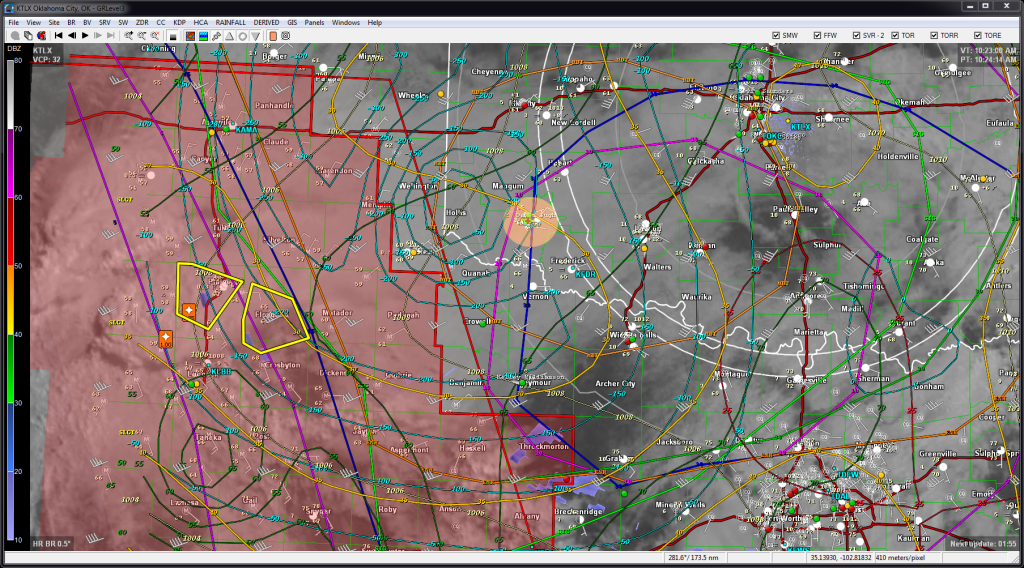 I’ll update this as the day rolls on. If I were there in the flesh, I’d likely be starting my day from someplace in southwestern Kansas (like Liberal, KS) rolling down US83 south to Altus. 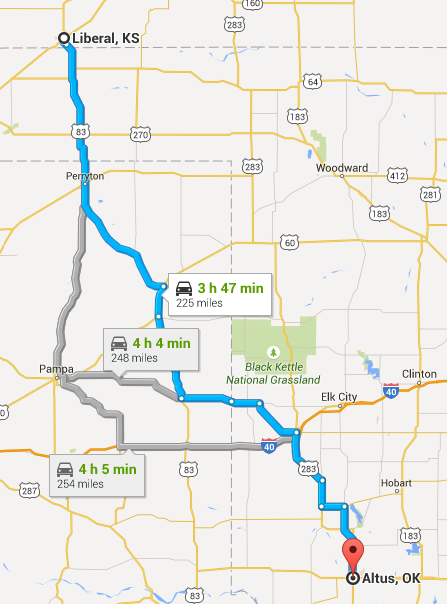 Here’s a look at yesterday’s action: 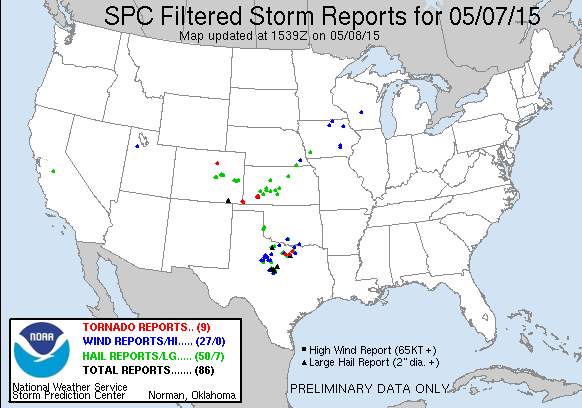 1603CDT: My forecast has verified! check these radar shots (composite reflectivity):
Near Childress: TOR warning on storm rotation (not observed yet): 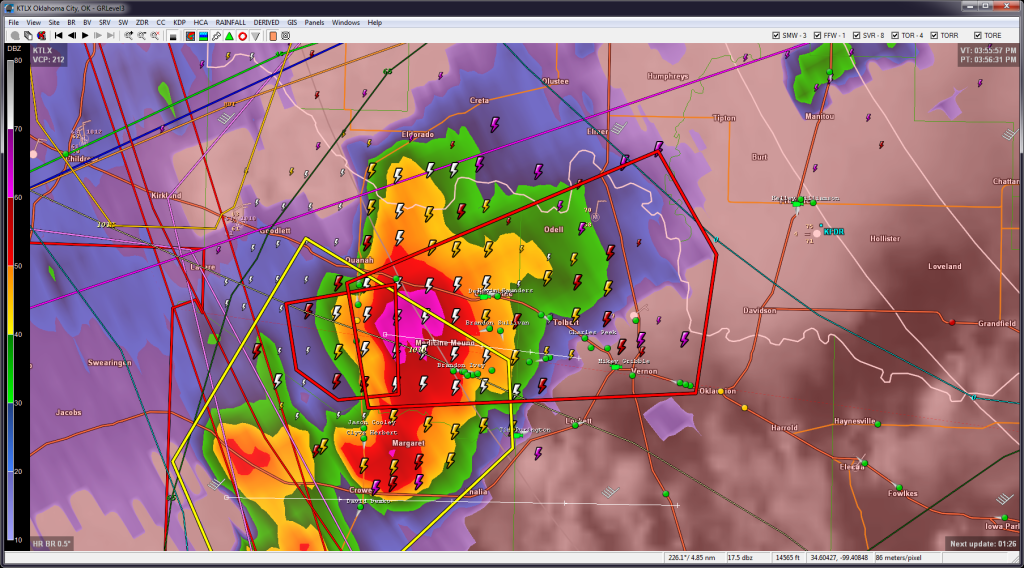 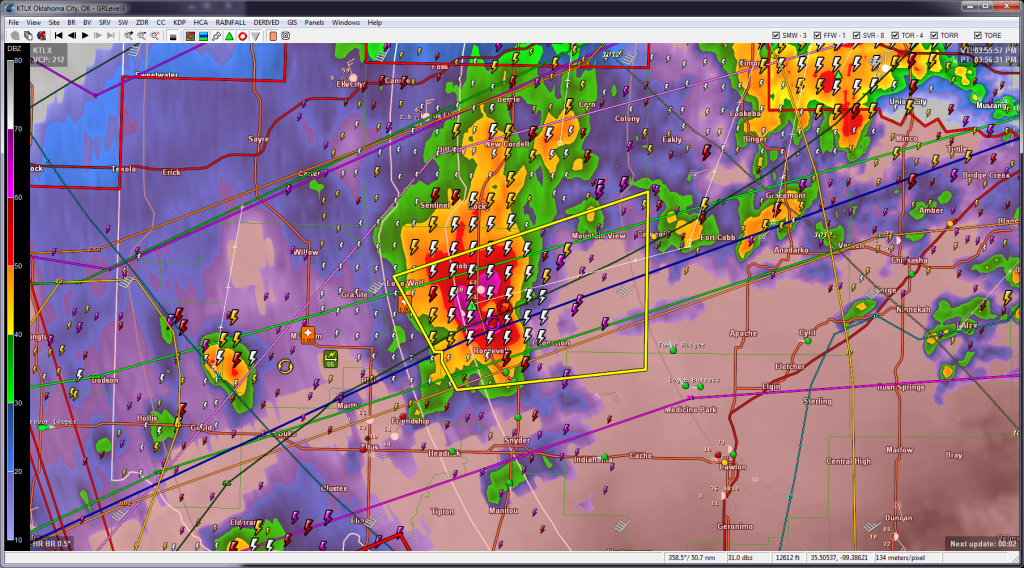 Strategy: watch the both storms. Stay with the Altus storm. Let the southern storm move toward me.

1630: Sheriff-nado at 16:23! (But plenty of chasers (Jim LaDue, Tony Mesias, David Drummond, others) are sitting on this storm attentively. (Local emergency management has another sighting at Oklaunion around 17:21.) 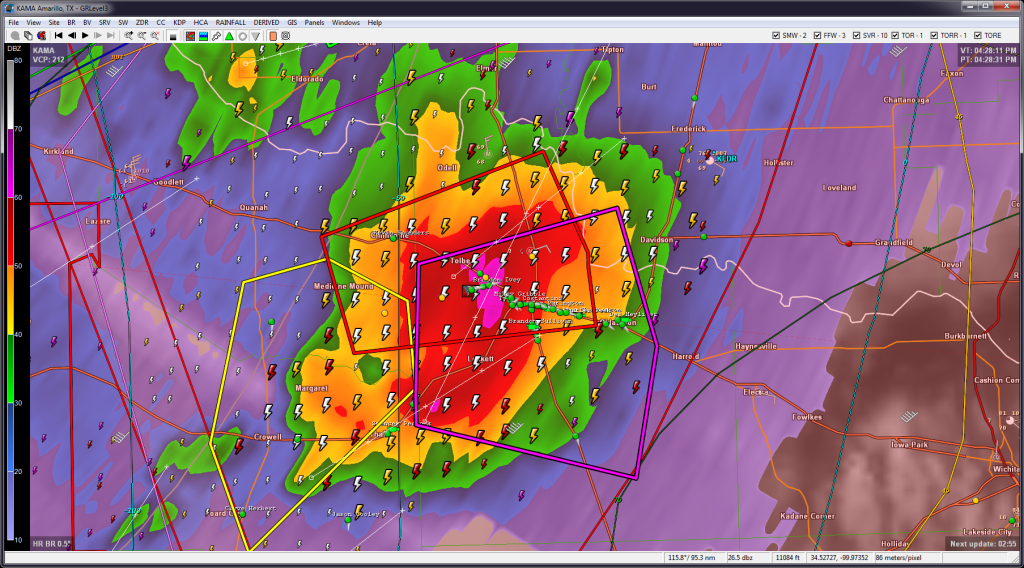 1640: TOR warnings dropped on the southern storm. Wait a bit longer, then slide east (to Anadarko, about an hour’s drive). Stay on the Altus storm.

1648: Course correction: Will go south at Lawton,OK (or north, if the Altus storm gets much stronger). Checking the tornado climatology rating on the Vernon (southern) storm: STP of 3+ ! 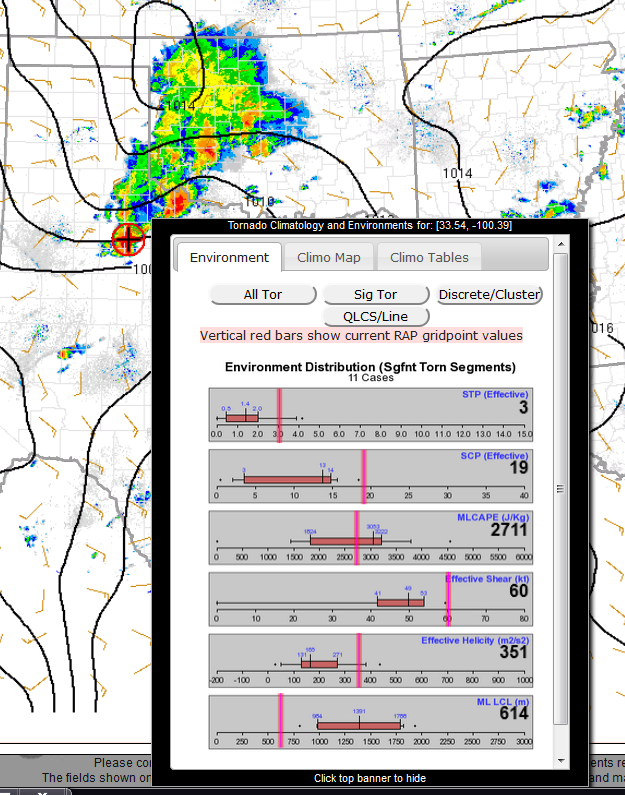 Ok. Given that i was not watching the radar constantly, I’ve missed the better storm. Do I abandon the Altus storm or go for the larger storm (perhaps missing both)?
[Real world note: 2.75-inch fell at 16:11 in Caddo. Odds are that if I’d been there in the flesh, I’d have move east earlier instead of getting hammered by near-baseball size hail.]

GRlevel2 shows this to be a monster (looking from east toward the I-44 crossing of the Red River and beyond, to the west) 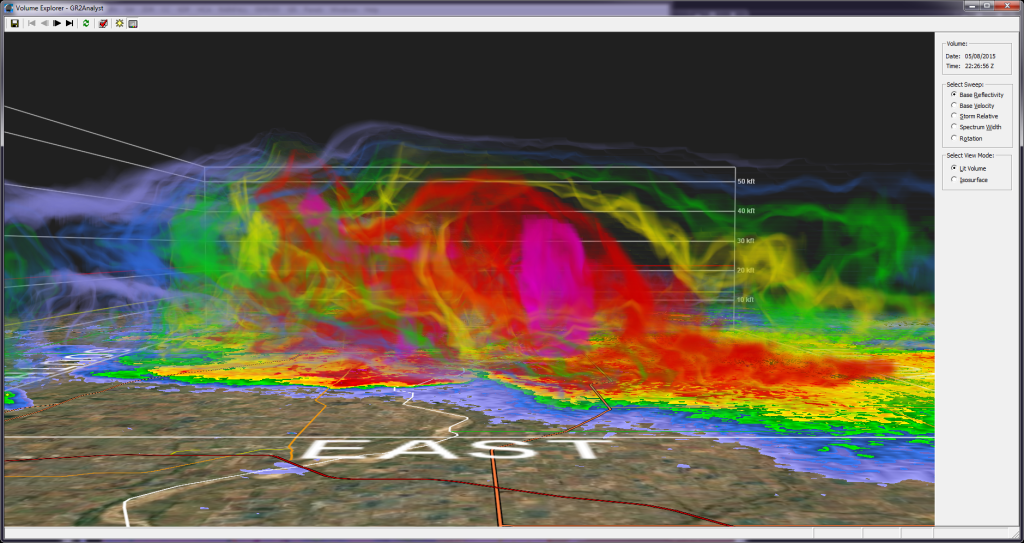 17:48: Pulled off at Walters, OK exit. Have to let the storm slide on by. I arrived too late!
Oh, well, tomorrow is another day. (Will circle back to Lawton for dinner, hotel, etc.)

END RESULT: A strong storm at my target, but the storm of the day is further south.

I am still trying to process the emotions of the day.

One person in the group has become so selfish, loud, vulgar, and arrogant that I have had waking fantasies of dragging him behind the van as we race into a hailstorm on a gravel road.

Another lost his wallet (and I feel terrible for him, especially because he is a talented and wonderful person).

I even feel a little down because my netbook is dead, one of my shoes is held together with duct tape.

And we did not see any severe storms, I feel disappointed that after tomorrow the tour is done. I fear having nothing to show for the money I spent.